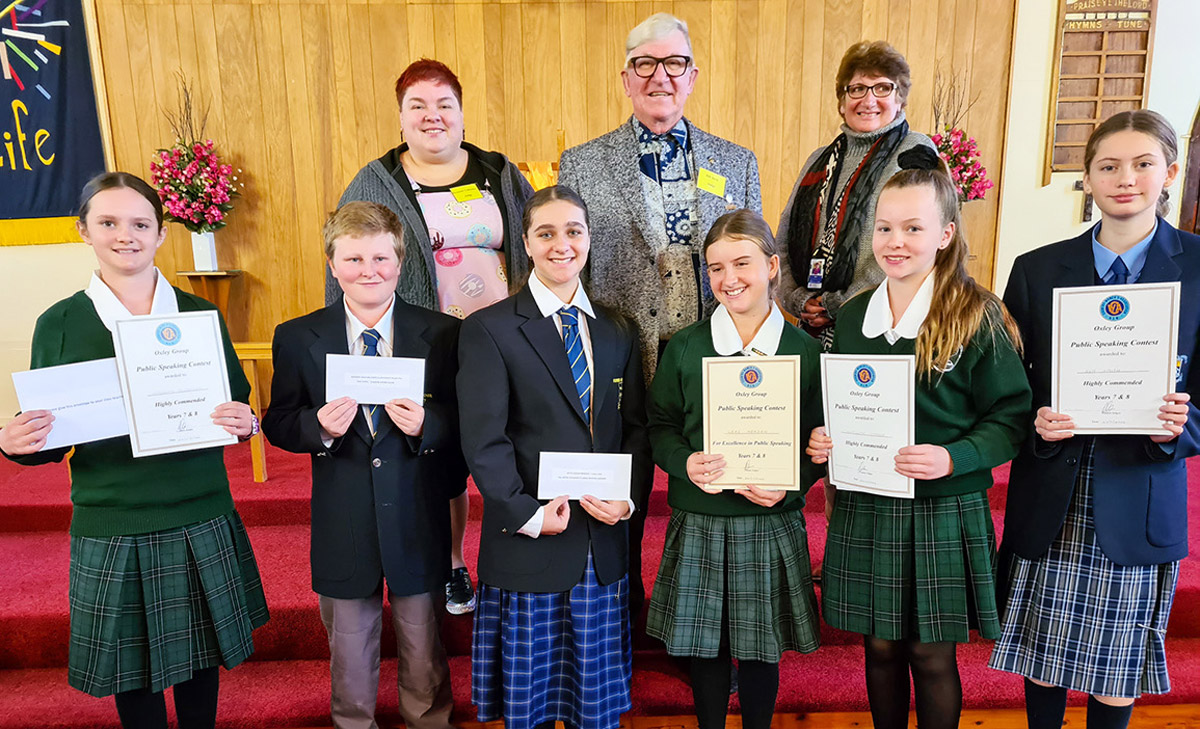 Seven Forbes students have done well in the annual CWA Oxley Public Speaking event held last week. The organisers were very impressed with the participation of 84 students from 20 schools in the region.

In the Years 7 & 8 division Lexi Herden from Forbes and student at Parkes Christian School was the winner, while Eva Smith from Red Bend achieved highly commended, and Zoe Fraser and Logan Davies from Forbes High were the reserves.

The winners of the four divisions will move to the next level of the competition to be held in Cowra. “All students are to be congratulated on their outstanding efforts. It is a great learning experience,” said Ros Edwards of the organising committee.