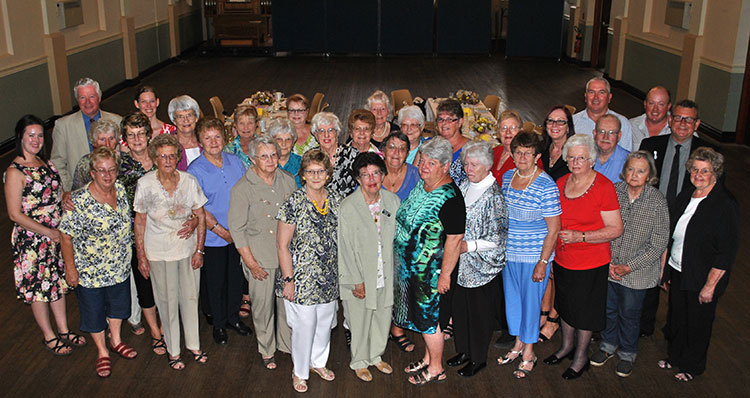 The Forbes Railway Arts & Tourist Centre have long been a part of the Forbes community and this year the committee celebrates 30 years of servicing visitors from the Heritage railway building.

“I want to thank all of the amazing volunteers we have had at the Railway Station over the last 30 years,” says Forbes Shire Council Mayor Phyllis Miller. “Without their dedication and hard work Forbes would not have had such a wonderful service and local business in the Railway Arts and Tourist Centre.”

“Your support in selling Forbes to prospective tourists is greatly appreciated, and without your tireless dedication many would have driven through town and not stayed to spend money here.”

The relocation of the information service from its previous location in Lachlan Street, to accompany the arts and craft group was agreed upon at this inaugural meeting and so began the unique and successful union. The committee agreed the operating hours would be 9am to 5pm, and discussions were had regarding members teaching their craft to others in a designated room.

The committee thrived for three decades, with a total of 111 members, 83 of whom were “sitting” members of the committee in February 1991. A lot of hard work was put into getting the Centre off the ground. Members joined for multiple reasons, including social interaction, particularly with others of similar creative hobbies and interests, sale of goods and community pride to show the world, their wonderful town.

The committee was instrumental in organising, planning and planting the garden in the driveway. They also oversaw internal renovations of the building including the “baby” room, middle craft room and the Ben Hall Experience Room which includes a short DVD depicting Hall’s demise, local interviews and artefacts from the era. As well as the later addition of the Ben Hall Family Tree Panel put together by local history buff Kerry Neaylon.

“A special thank you to members, who have served since the very early days of inception of the committee for their extensive years of service. Danie Doolan, the driving force and dedicated founding member must also be acknowledged. Without her initial push the Forbes Railway Arts & Tourist Centre and its committee would not have come to fruition.”

Currently the Railway Arts Centre is closed due to COVID-19. The centre will be reopening in the coming weeks fully equipped with the necessary health requirements for staff and visitor safety.