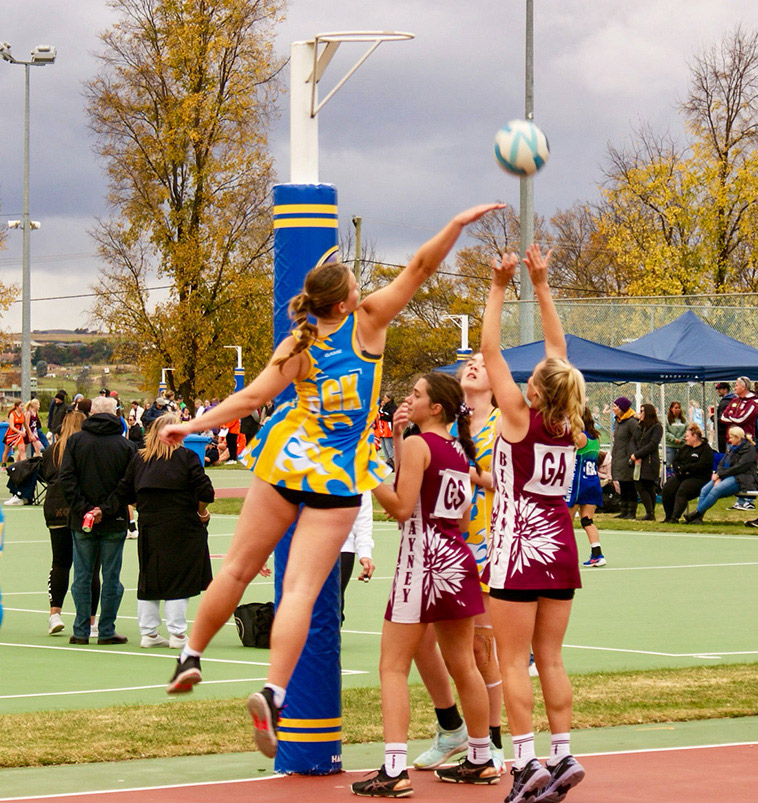 FLYING HIGH… The 17s goal keeper Lily Boyd was named Players player for the day at the Bathurst Carnival. She is flying high playing Blayney on Sunday.

Four Forbes netball teams travelled to the Bathurst regional carnival on Sunday. The 11s were excited about playing in their first away carnival, while the 17s are nearing the end of their preparation for the Senior State titles in Camden over the June long weekend.

It was dads day with the dads stepping into the traditional helping roles usually carried out by the mums. Again, different combinations were tested, with players showing through their individual strengths. This will be used to put together combinations for the State Titles. The last carnival for the team is Dubbo next Sunday, with just three weeks to go to State Titles. Players player for the day was Lily Boyd.

The 14s took a step up at Bathurst recording the best results of the season against teams from Cowra, Blayney and Bathurst. Players player for the day was Holly Leighton.

The 12s development team really held their own impressing with their consistency in effort throughout the day.

The 11s were very excited for their second carnival for the season. These eight young ladies did not give up all day, playing with only one extra in each game.

They played some exceptional netball and improved every game.