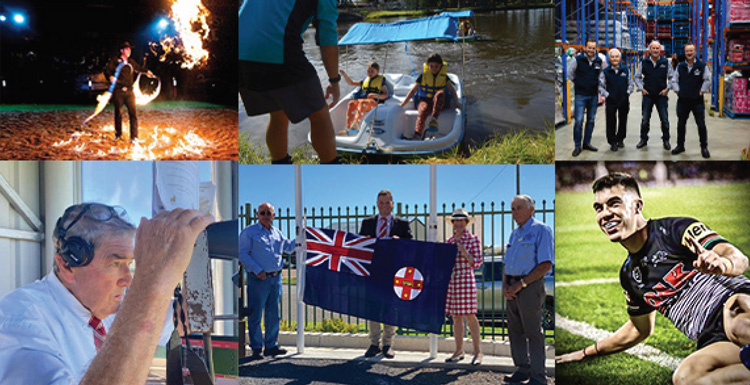 300 CLUB: The Forbes Phoenix celebrates its 300th issue this week after launching in July, 2015. Since then, the Phoenix
Newspaper Group has expanded to Parkes, Mudgee, Cowra and the Blue Mountains. It is also the sister publication
to the Canowindra Phoenix.

In the six years since the paper began servicing the Forbes community as a viable weekly alternative to other forms of press, the town has rallied behind everyone’s favourite free newspaper and completely supported the “Live Local, Love Local and Support Local” mantra.

For Mr Matic, who also owns the Parkes, Cowra, Canowindra, Mudgee and Blue Mountains Phoenix newspapers as well as Yellow House Printing in Cowra, the local, positive angle to everything the organisation does is what sets it apart and is seeing it grow.

“We really are all about our communities and shining a light on everything local from services and business through to events and resources,” Josh said.

“We really try to showcase the towns we serve,” he said.

“Now we have an office in Forbes in the arcade near Flannery’s Pharmacy and are offering multi-media solutions such as video and online advertising making us one of the only organisations in the region that offers everything”.

With news more important than ever and local constraints placed upon most of the country, it has never been a better time to support local.