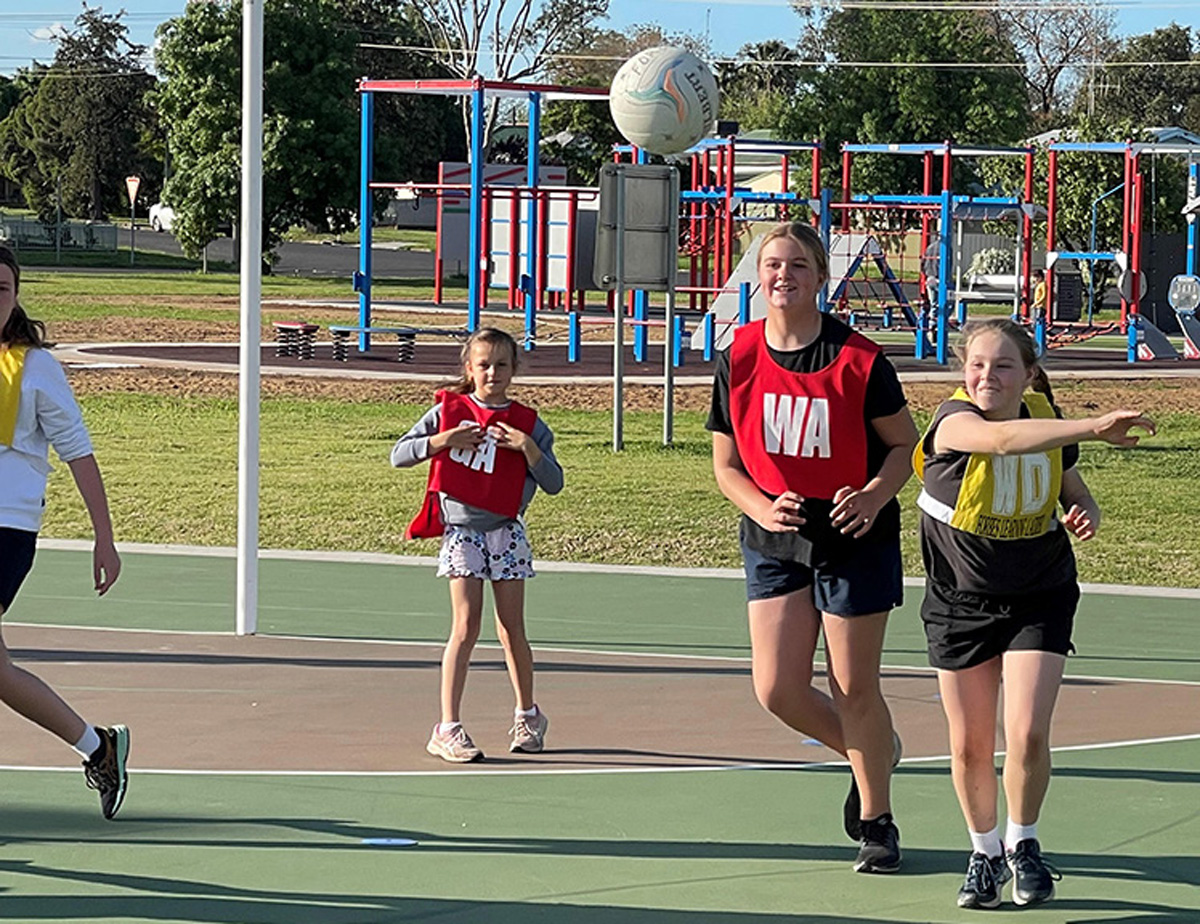 GOALS: Forbes Netball Association has been awarded a grant from Woolworths that will not only allow them to do the electrics on their canteen but also enable the canteen to be up to standards for all players.

The grants support grassroots netball clubs and associations across Australia and are focused on helping young netball players get more healthy via fresh nutrition at training and on match days. Woolworths has now provided over $1 million in funding to close to 300 netball clubs in the past three years including Forbes Netball.

With only 4% of Aussie kids getting enough fresh veg in their diets. Sport and sporting clubs can have a huge influence. Something Forbes Netball life member Robyn Kenny is very aware of.

“Forbes Netball Association will utilise the Woolworths grant to reopen their can-teen to help their young players pick fresh and promote healthy eating habits on and off the court,” Robyn said.

“The canteen wasn’t meeting operating standards. The grant allows us to upgrade the lighting and rewiring as well as supply and fit a new exhaust vent. Basically all the electricals which we can’t operate without,” she said.

“We are nearing the finish and have applied for other grants and we are always grateful and appreciative of any support.”

Forbes Netball have partnered with Woolworths previously – even before it was built in Forbes. The Forbes Netball Association actually gave approval so Woolworths could have enough car spaces it needed to build at its current site.

“Once we are operational we have SSN (Suncorp Super Netball) players also providing some of their favourite recipes and our players will be able to then start doing the same as Australia’s best players.”