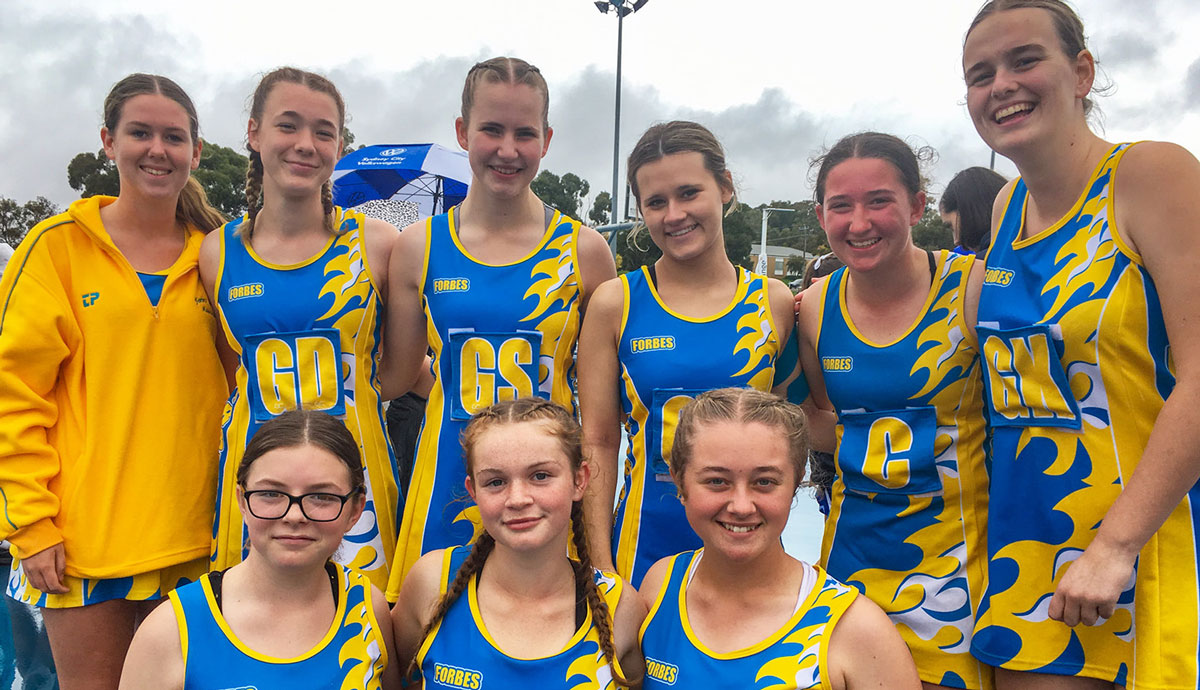 TEAM FOR TITLES… Forbes Netball Association will be represented at the Netball NSW Hart Senior State Titles this weekend by the 17U team. They are at the back (L-R) Jane Davis, Sienna Merchant, Laura Scott, Pip Hanrahan, Han-nah Stanmore and Lily Boyd. In front are Hannah Williams, Kaylar Emery and Kiesha Rusten. (Absent: Eb Colvin)

The Forbes Netball Association will be represented at the Netball NSW Hart Senior State Titles over the June long weekend.

The 17U team will compete in Camden in Division 3 after being elevated from Division 4 last year in the same age group.

The team will play seven games on Saturday, and six games each on Sunday and Monday.

The Forbes girls have been training consistently since January and competed in the regional league competition with some of the Forbes senior players.

This team was runner-up in the Division 2 regional league, and was a great starting block for the team’s improvement.

They have also competed in regional carnivals in Young, Forbes, Bathurst, Orange and Dubbo to give the team match practise together in the same conditions as they will experience at the state titles.

A great deal of preparation has gone into the team to enable them to play to their best ability over the long weekend.

Thank you to all the parents who have helped in any way, and to manager Lynda Scott for all her organisation.

Thank you also to our two umpires, Libby Dallimore and Karen Hargraves, who have followed the team around the region.

The girls have a wonderful team culture of supporting each other both on and off the court, enjoying each other’s company, and playing great netball together.

Opposition umpires often comment about the great team attitude of the girls.

They are a pleasure to coach and be a part of, and all of the FNA committee and members wish them good luck this weekend.