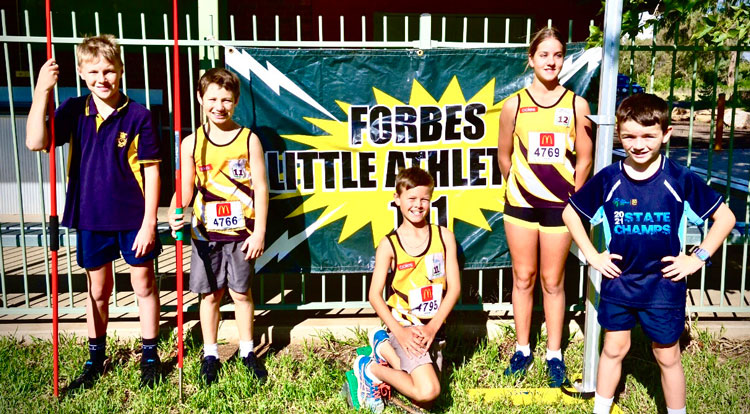 “The kids performed extremely well and all performed personal bests,” said Stevie Jackson, Vice-President of Forbes Little Athletics Club. “It is a big deal for our little club,” she said.

Each event saw 24 athletes qualify from across NSW so competition was tough. Stars for Forbes were Laura Chudleigh who medalled in the long jump while Beau Wheeldon picked up silver in the Under 10s 70 metres overall and first place in the 100 metres. Ironically, Beau’s dad Mark won the same event 35 year earlier.

“Well done to all who participated – you’ve done our club proud!”