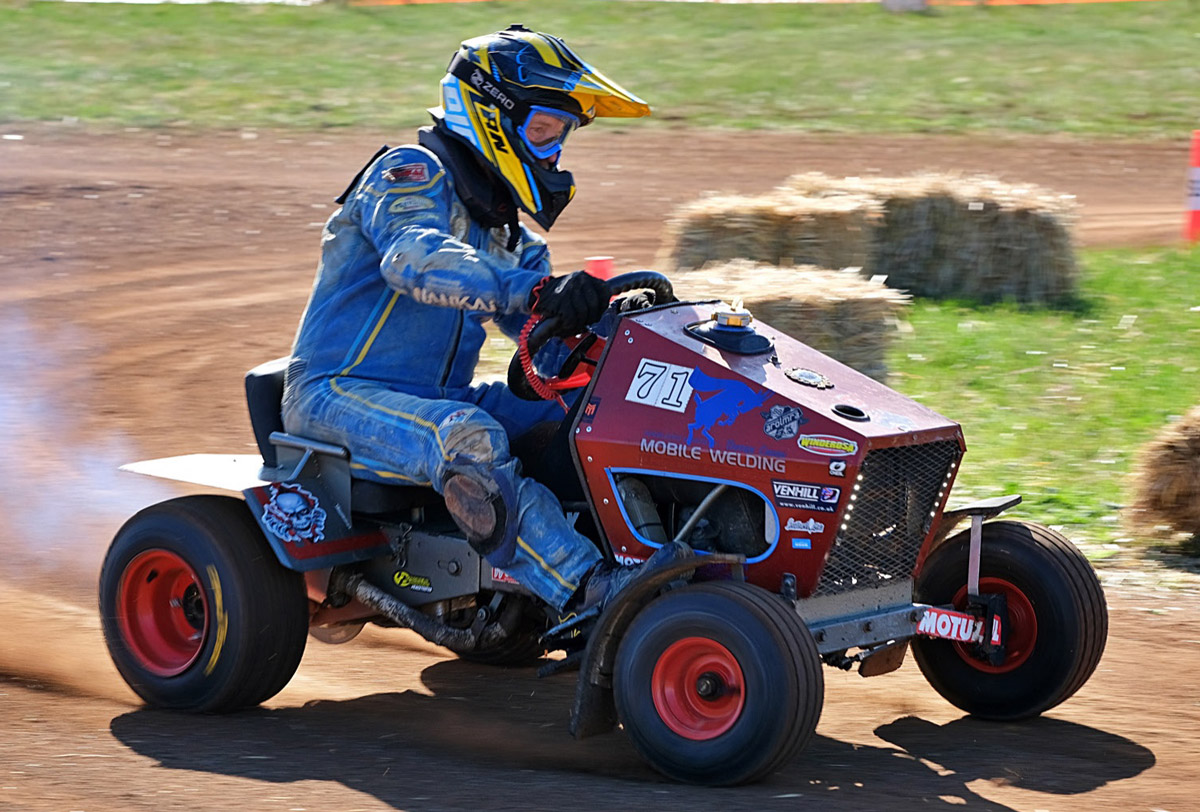 The world of ride-on lawn mower racing zoomed in on Forbes last weekend for the largest event in the sports history when close to 100 drivers competed in the 2022 All Australian Ride-on Mower Racing Championship.

Two other Forbes locals competed with Clint McDonald qualifying in 9th place for the B Class finals, while Craig Bratton unfortunately had some mechanical issues missing a few heats but still managed to qualify 11th for the A Class.

Australia’s best riders came from 11 clubs in Queensland, NSW, Victoria and South Australia to compete in seven classes from A to E and the Outlaws, the top grade. Each of the grades had eight rounds with the final races on Sunday afternoon with competitors aged from nine to 72 years.

Australian Ride-on Lawn Mower Association president Dianne Milsteed said the sport had come a long way and there was a sense of family that came with the sport as it was somewhat of a “niche event at the moment”.

“In reality when people can see what these somewhat simple machines can do they are blown away.” Some racing track designs limit the drivers to 50kph, but at the Forbes race track the souped-up modified mowers were able to go over 100kph making the event a cut above the rest.

Dianne credited David Teale and Craig Bratton for their hard work leading up to the event in Forbes and for the success it’s been.