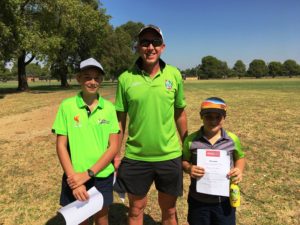 With the end of the cricket season upon us, the Forbes Junior Cricket Association (FJCA) would like to thank everyone for their support. The club is growing in numbers and it’s fantastic to see the Milos, T20’s and our new Stage 1 competition going so well.

The FJCA would like to congratulate all of the award winners of the U12’s, U14’s and U17’s as well as our Stage 1 teams. The teams had a marvellous season for 2017/2018, with so much improvement happening throughout the season across all teams.

Congratulations to our U17’s team Adept Plumbing and U12’s team Auswest for making the grand final. Although not successful on the day, the FJCA is extremely proud of you all and your positive sportsmanship displayed on the day.

The Stage 1 teams are Scorchers, Stars, Strikers and Renegades.

At the presentation, awards were given to the following: