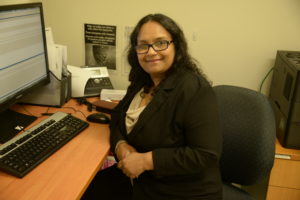 The Forbes Medical Centre has welcomed a new doctor, with Dr Tahmina Mohsin joining the practice two weeks ago. Her arrival comes after a previous doctor left the practice, but her association with the other doctor there, Dr Hassan, is what brought her to Forbes. She is working part-time at Forbes Inland Medical Centre, and said the opportunity was one should couldn’t pass on.

“I was really excited when the part-time opportunity came up in Forbes, as I was wanting to reduce my workload,” she said. “I worked with Dr Hassan at the hospitals I worked at in Sydney and Nowra previously, so when the opportunity came up, he asked me to come to Forbes.”

Dr Tahmina will be staying in Forbes in provided accommodation, but with her family still living in Sydney, she will be commuting from Sydney to Forbes. Dr Tahmina has come across to Forbes for work from Ulladulla on the NSW South Coast, where she spent four years working full time as a general practioner.

Before that she worked at Nowra’s Shoalhaven Hospital and various hospitals in Sydney, including Bankstown, Campbelltown and Blacktown, as well as Shellharbour Hospital in Wollongong and John Hunter Hospital in Newcastle. She is originally from Bangladesh, and she worked in New Zealand before moving to Australia in 2004.

She said the thing she enjoys the most about her work in Forbes is being able to serve a tight-knit, rural community. “I think, as a doctor, you work better in a rural town, as you get to see the same patients all the time and get to know them better,” she said. “It’s easier to serve individuals. You feel like you’re making more of a difference, and you get a much better connection with them than what you do in the city.”
By Joshua Matic