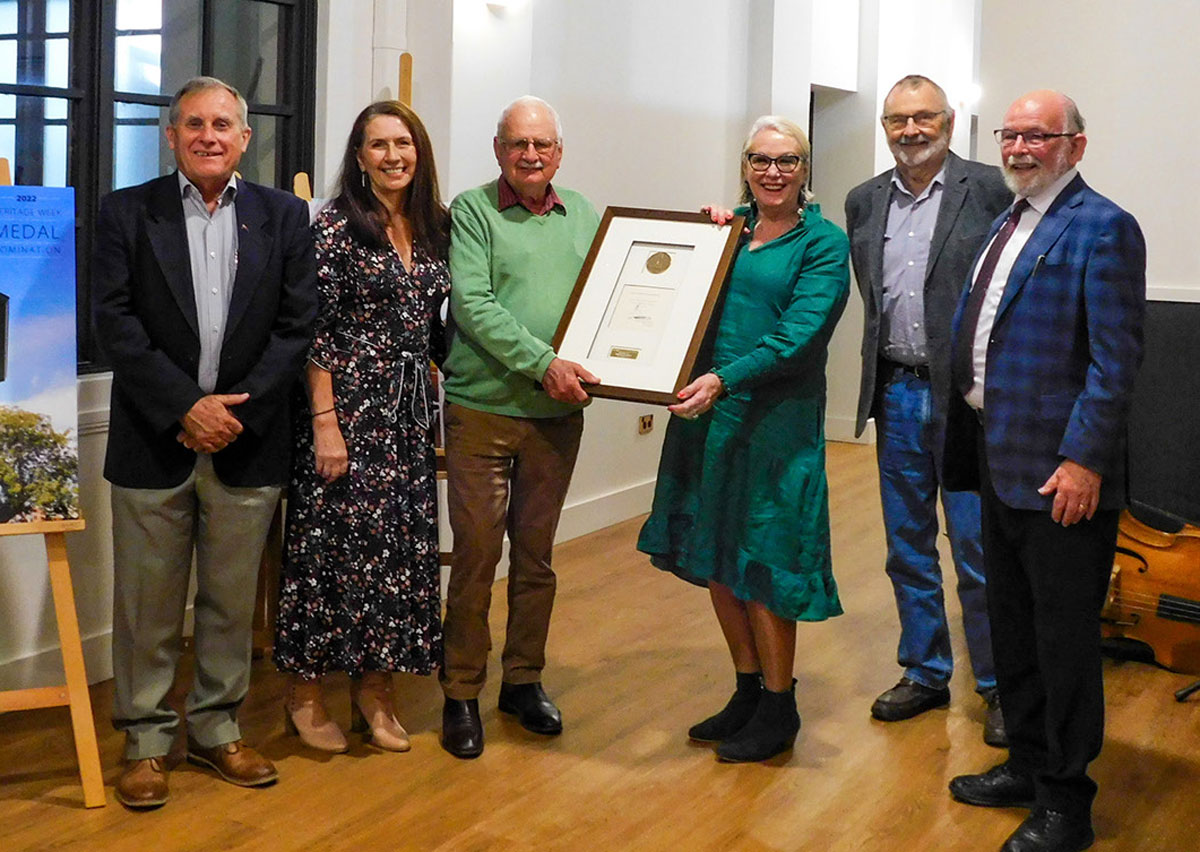 The Forbes Heritage Medal was awarded to the Forbes Historical Museum on Tuesday night in the newly renovated town hall.

Forbes Mayor Phyllis Miller said she was very proud of the local community. “I think it is important to remember the people and places every year so we do not lose sight of the wonderful heritage we do have in Forbes.”

The Forbes Heritage Medal has a long and proud history of recognising the people who are working hard to ensure the preservation of the town. The medal is presented to a person or organisation who has made an outstanding contribution to the community and its heritage.

The three nominees were presented by local heritage advisor and historical architect Graham Hall. The other two deserving nominations were for the Forbes Tennis club and the Forbes Bandstand Rotunda in Victoria Park.

The Heritage Festival, cancelled last week because of the rain, will continue tomorrow in Victoria Park. The day will include heritage displays, bush poetry, damper cooking display and competition, historical vehicles and more. Make it a family outing and be prepared to have your curiosity provoked.