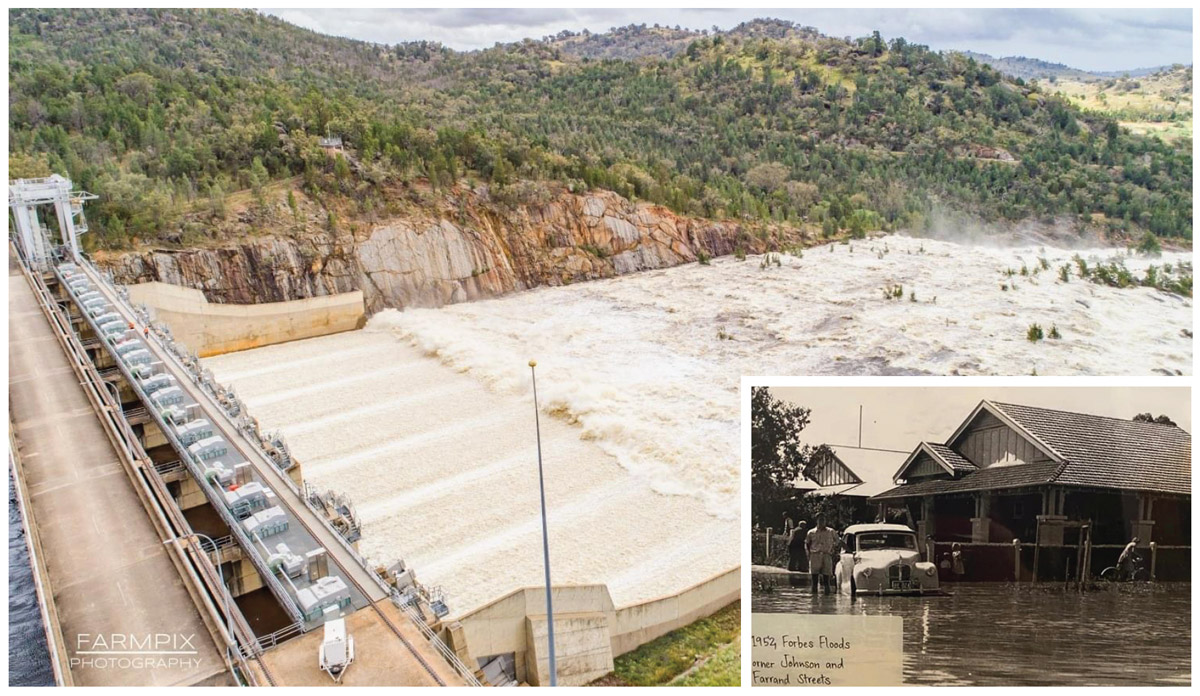 ONE OF THE WORST: The 2021 Forbes floods will go down as one of the worst on record raising more questions about the overdue extension of the Wyangala Dam Wall. Pic courtesy of Farmpix/ Chris Watson; INSET: The 1952 floods still remain the most devastating Forbes has faced since records were kept. Pic courtesy of Forbes History Museum.

When locals talk about disasters many run through a list as long as an Aldi shopper docket of famous floods. There’s the flood of ’52, (INSET) one of a few big ones that decade for those old enough to remember. Then there’s the flood of 1990 and of course, 2016 the last, and one of the worst.

Forbes’ most recent major flood event was in late September 2016 after heavy rain fell on much of inland NSW; as the Bureau of Meteorology declared 2016 as the third-wettest winter on record.

The 2021 floods have hit just as farmers harvest winter crops and plant summer ones. It will mean sadly, that some may suffer a double blow. It never flooded in November, until now.

The NSW Bureau of Meteorology issued a flood warning for towns all along the Lachlan River this week and has been updating the community regularly while the NSW SES Local Forbes Unit has also been hard at it for over a month sand-bagging the town as rain continues to fill Wyangala and get released just as quick. Forbes Shire Mayor Phyllis Miller said the town was well-prepared but urged residents to exercise caution, be safe and if need be, evacuate!