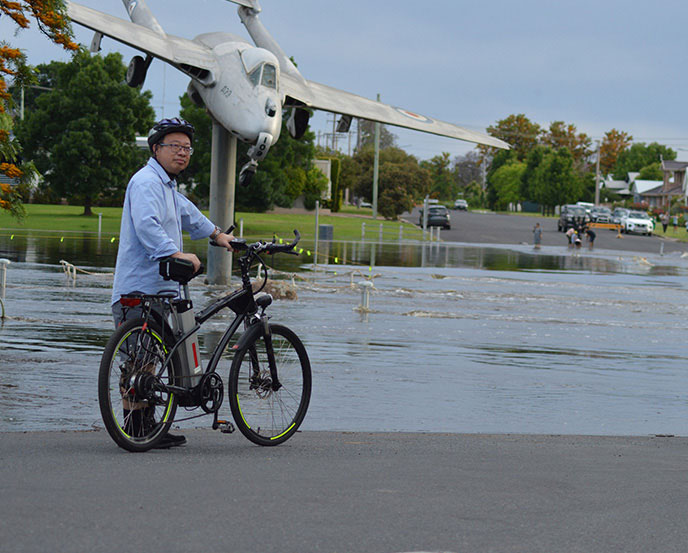 NEW ROUTE FOR TODAY: Eugene Yeap had to take an alternative bike route this week after the floods hit Forbes. 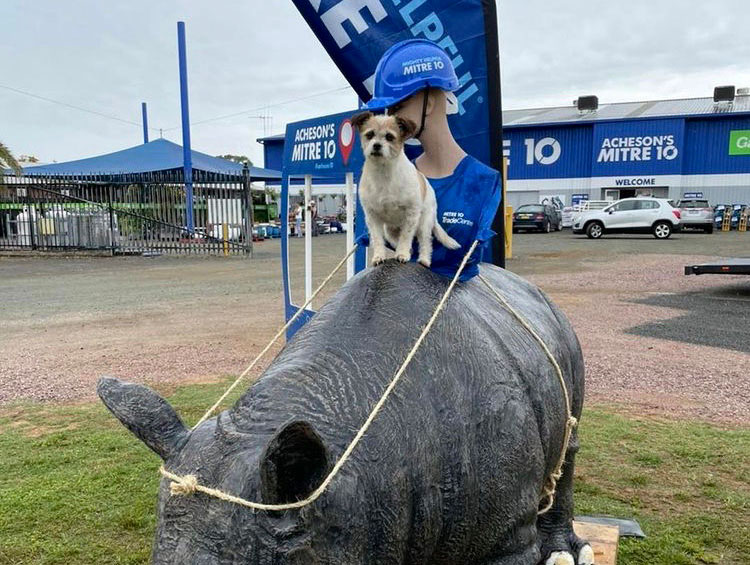 FLOOD WATCH: One good little boy was on flood watch last week for Jacinda and Aaron Acheson and the team at Acheson’s Mitre 10. Pic courtesy of Achesons. 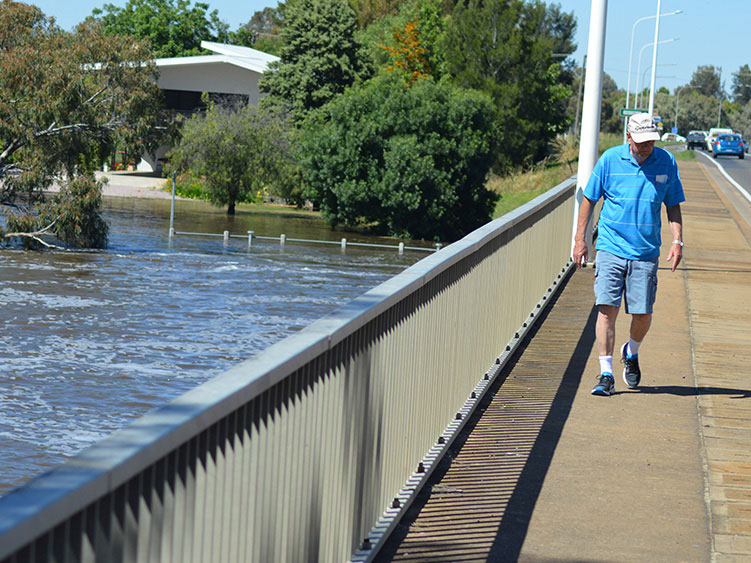 WATER UNDER THE BRIDGE: A Forbes local takes a walk across the bridge near South Circle oblivious to the torrent below. 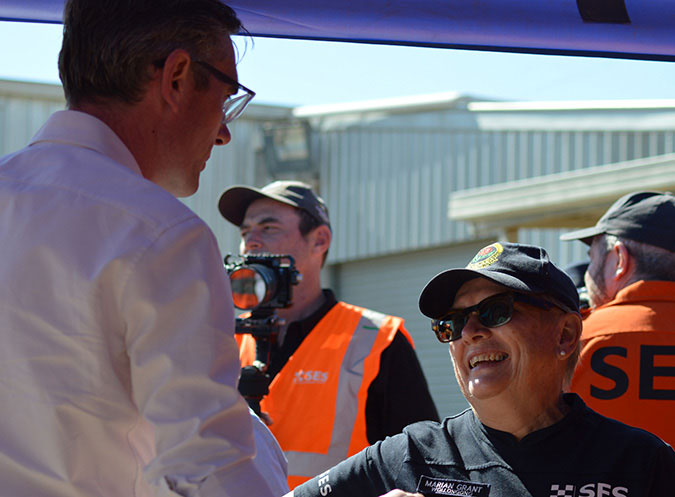 CHECKING IN: Premier Perrottet took time out to talk to a large number of people while he was here including SES volunteer Marian Grant. 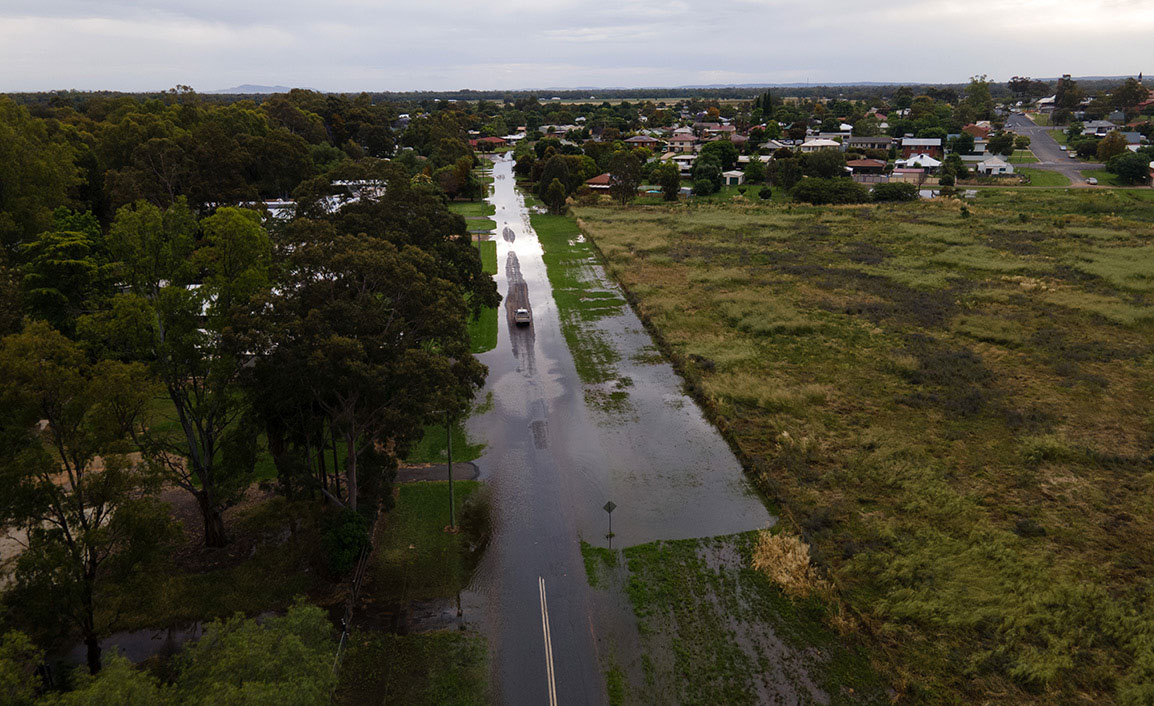 NO THROUGH ROAD: This incredible drone shot by Josh Gavin perfectly captures the devastation of the floods in Forbes this past week and the difficulty navigating the roads around the shire. 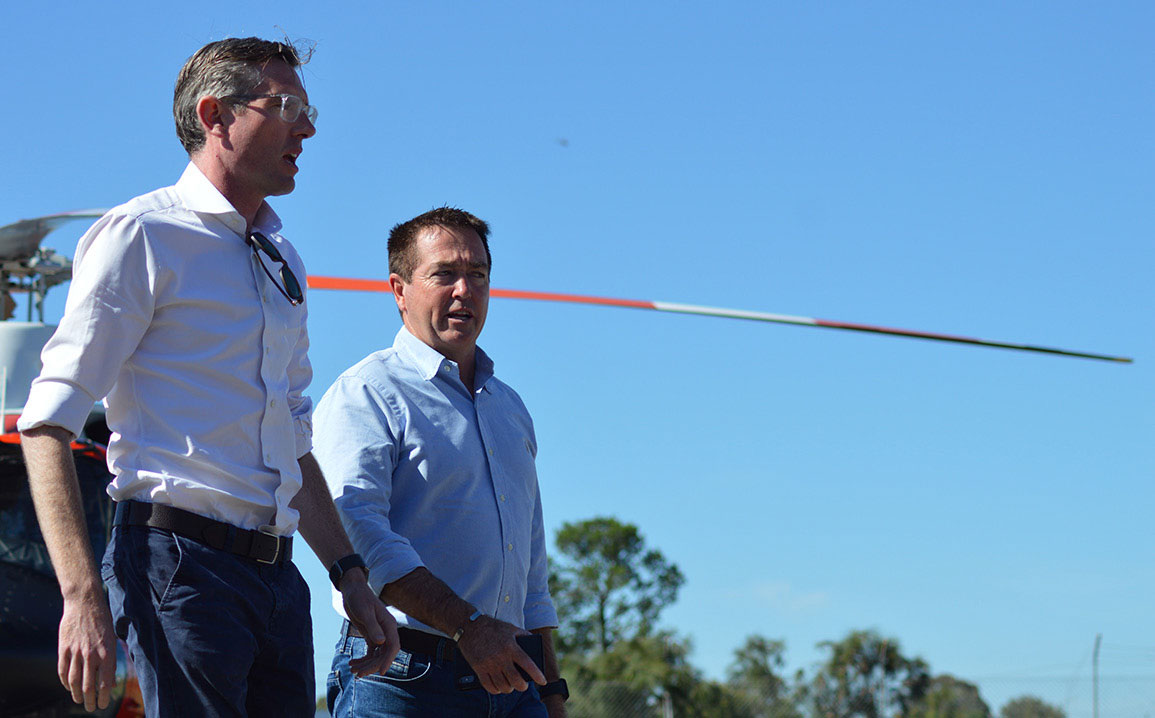 PREMIER VISIT: NSW Premier Dominic Perrottet and Deputy Paul Toole arrived in Forbes last week to assess the damage and get the latest from the SES. 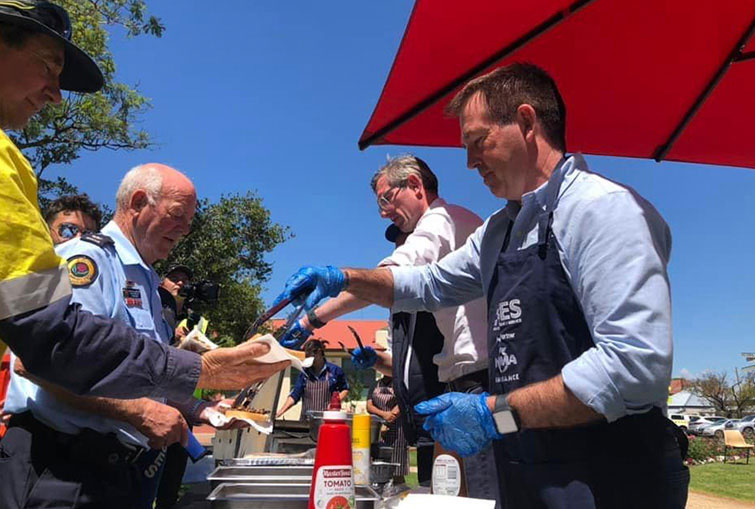 SERVING UP OUR VOLUNTEERS: Deputy Premier Paul Toole and Premier Dominic Perrottet worked the barbecue for the SES volunteers who had travelled from as far as Coffs Harbour, South Coast and Campbelltown among other locations to assist. Thank you! Pic courtesy of SES. 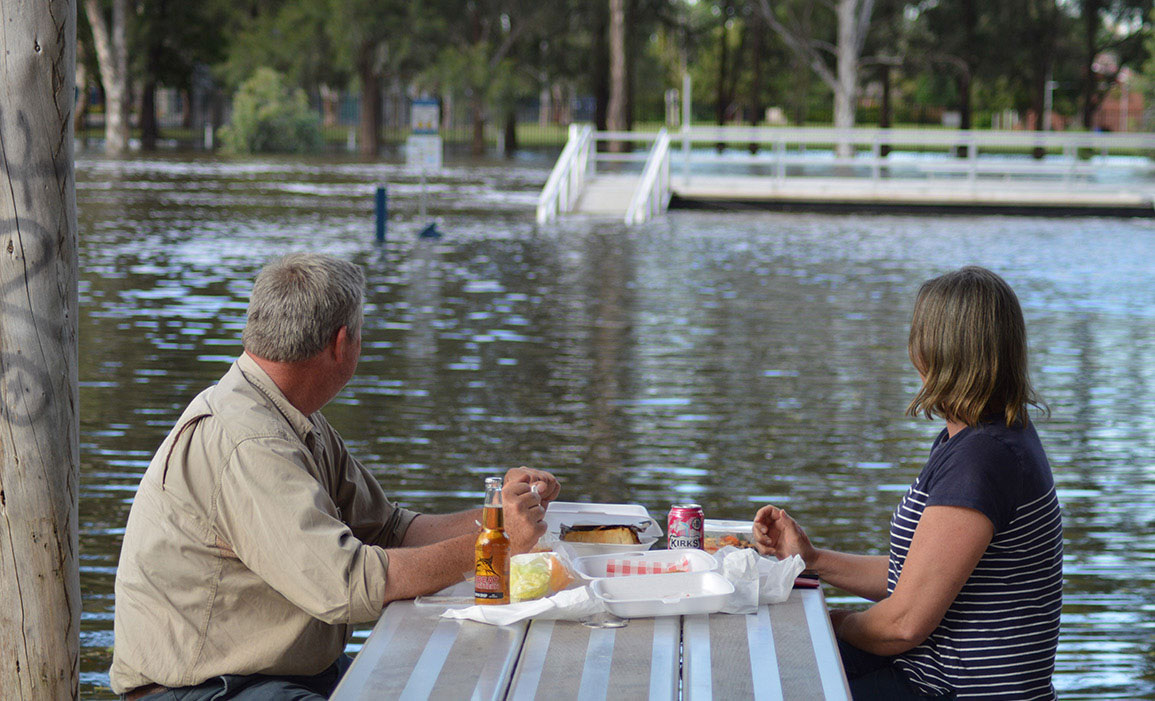 DINING OUT WITH WATER VIEWS: Ken and Monica Wren enjoyed dinner by the lake however they did keep one eye firmly on the flood waters after the pontoon was sub-merged at Lion’s Park during the floods.