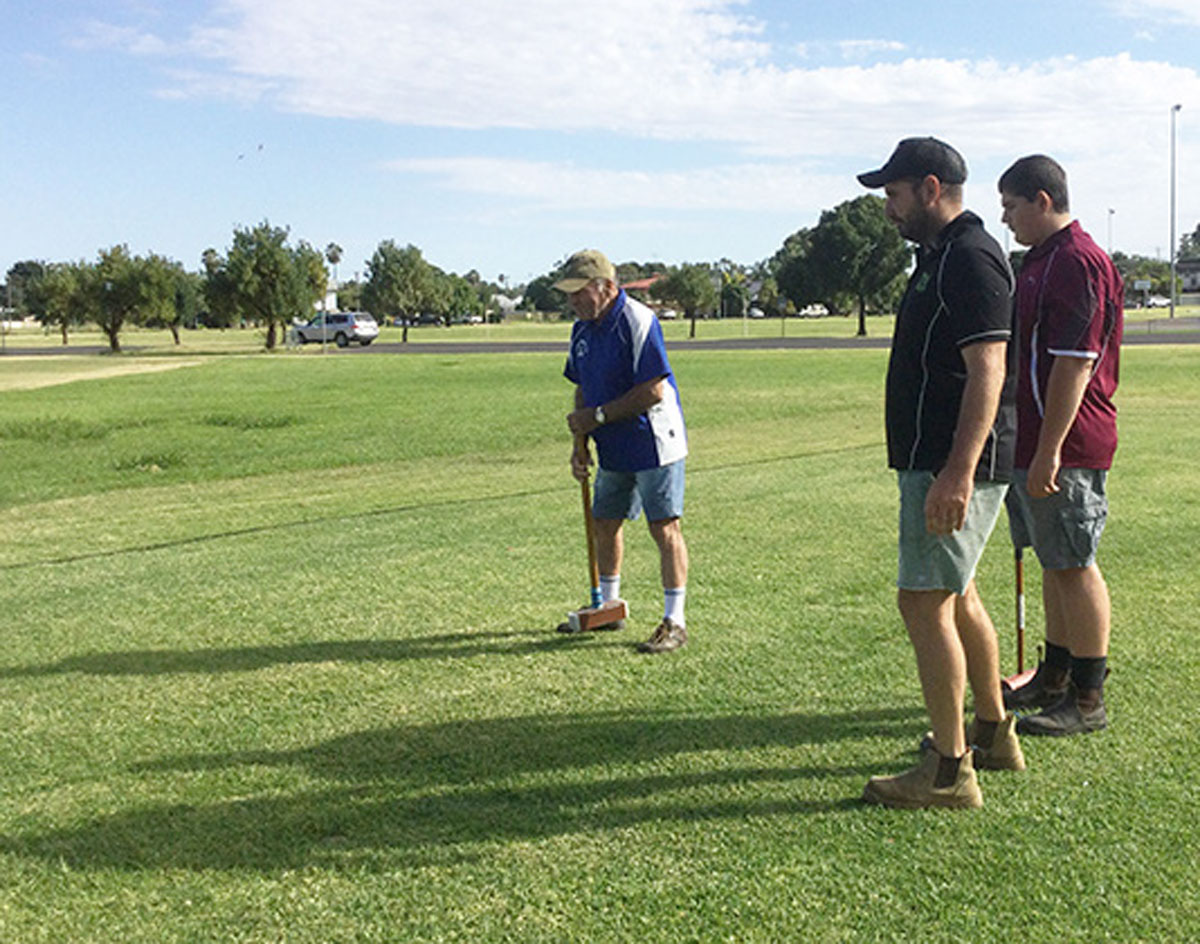 GOLF CROQUET: Nathan Corliss from Boys to the Bush watches on and gets ready to line up his shot in Golf Croquet at Forbes Croquet Club last week.

On Thursday ,17 February Forbes Croquet Club hosted a day for Boys to the Bush.

Under the guidance of Tim West and Nathan Corliss the boys arrived at the Croquet Lawns all very enthusiastic and ready for a day of croquet!

“It was a great day and the boys were rostered with one of the male members of the Croquet Club to be shown the game of Golf Croquet,” said Elvy Quirk, President of Forbes Croquet Club.

“The boys were shown the aim of the game and many of them really excelled,” Elvy said. “The male members of the club had made the effort to make the boys very welcome. It was indeed a pleasing result and so much so that a further day is to be hosted in the future.”

The Boys to the Bush supplied morning tea in the form of fruit platters and cake that was enjoyed during the morning with the boys taking the food around.

“Well done to the boys for their respect and cooperation as it was indeed a pleasure to have them,” Elvy said.

“A special thank you to the Croquet members who supported the day and also a thank you to Tim and Nathan who made the arrangements. We can’t have days like this without your support”.

The Forbes Croquet Club meets on Tuesday’s and Saturday’s with participants asked to arrive just after 8am to ensure prompt starts.

The club regularly hosts special days such as new member days to show the community of Forbes and surrounds how to play the century old tradition of croquet!