You are here: Home / Articles / Forbes Community Gathers To Honour Our Soldiers 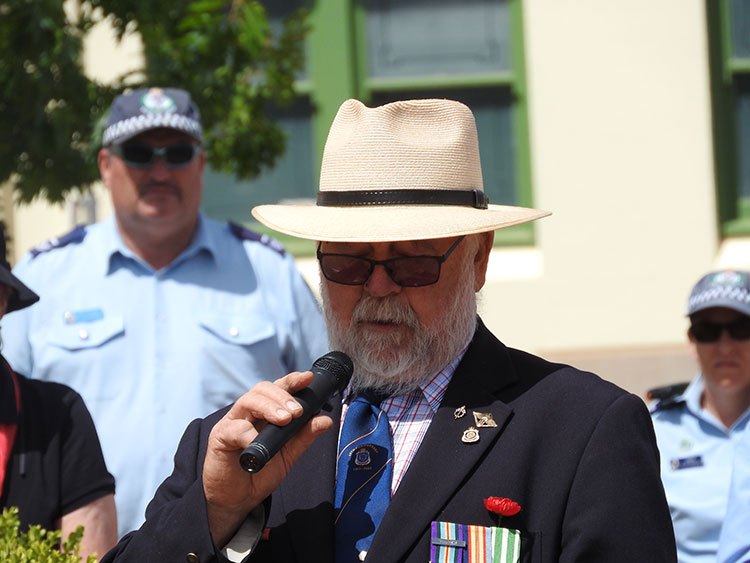 At 11am on Monday the nation paused for Remembrance Day, marking the 101st anniversary of the Armistice that ended the First World War on 11th November 1918.

Between 1914 and 1918 a newly federated Australia sent 414,000 of their citizens to face the horrors of modern industrialised war. By 1918, almost 62,000 Australians lay dead among the mud and destruction of the trenches in Europe and on the sands of Sinai, Palestine and Syria, never to return to their loved ones back home.

On 11th November, at 11am, people all over the world observe a minutes silence in memory of those who have died or suffered in war and on peacekeeping and humanitarian operations, a tradition the Australian War Memorial continued at its National Ceremony in Canberra as well as in towns and cities all over Australia.

In Forbes around 200 residents including ex-servicemen and their families, members of community groups and schools, both young and old gathered in Victoria Park to lay wreaths at the Cenotaph and observe a minutes silence. This was concluded by the playing of the Last Post. Neil Biddle, Vice President of Forbes RSL sub-branch gave an emotive and moving address to those gathered for the service and representatives from Forbes High School and Red Bend Catholic College read the names of local servicemen who had died in conflict.