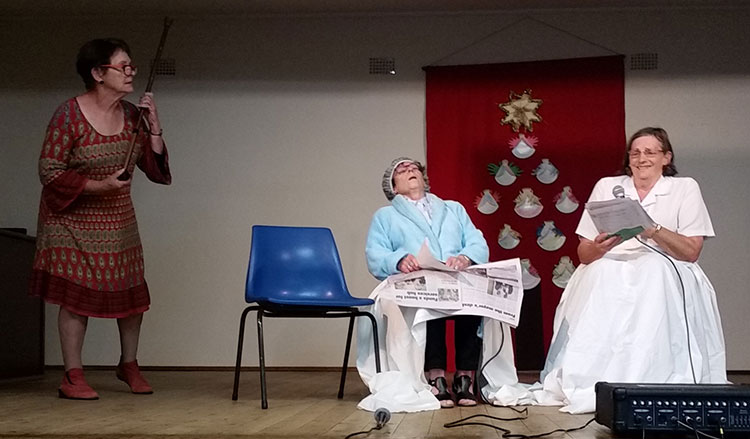 Claudia Glasson and Barbara Thomas during their skit.

On Tuesday, 15th October, 58 people attended the social afternoon at the Uniting Church Hall for the Forbes College for Seniors members.

The afternoon was emceed by Leo Currin, who introduced an entertaining and varied programme. Our first entertainment came from the Seniors Choir, led by choirmaster and pianist Anne Hodges offering the songs ‘Can you feel the love tonight?’ from the Lion King with beautiful harmonies, ‘North to Alaska’ and a very impressive ‘Hava Nagila’ both in Hebrew and English. The latter two songs set the atmosphere for a fun afternoon. 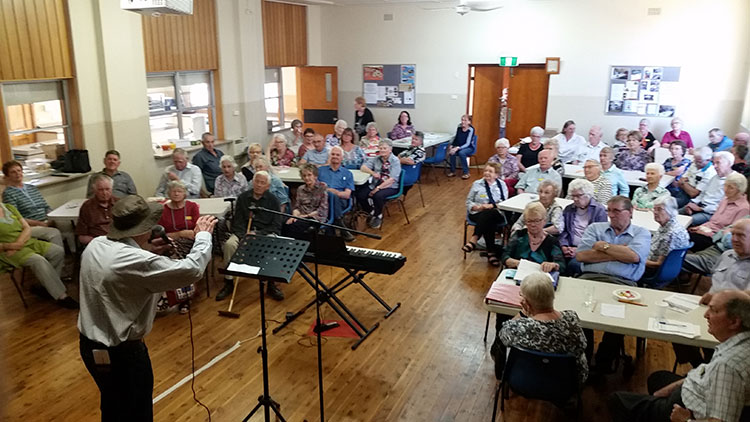 Bill Looney regaled participants with some Aussie poetry which was well received. Members Claudia Glasson and Barbara Thomas presented a hilarious skit on medical procedures, dressed appropriately in dressing gowns and hospital gear, followed by jokes from Barbara Thomas and Allison Lockhart, all of which were very well received by howls of laughter.

Trivia presented some head-scratching and brain-straining, as Anne Hodges had obviously searched the internet for the 15 most difficult questions she could find. The winning table with 12 correct answers were treated to prizes of Smarties (for smarties).

To round off the afternoon’s entertainment, Neil Gilmore presented a slide collage of photographs from the very many activities members had participated in throughout the year. The afternoon finished with a delicious afternoon tea.