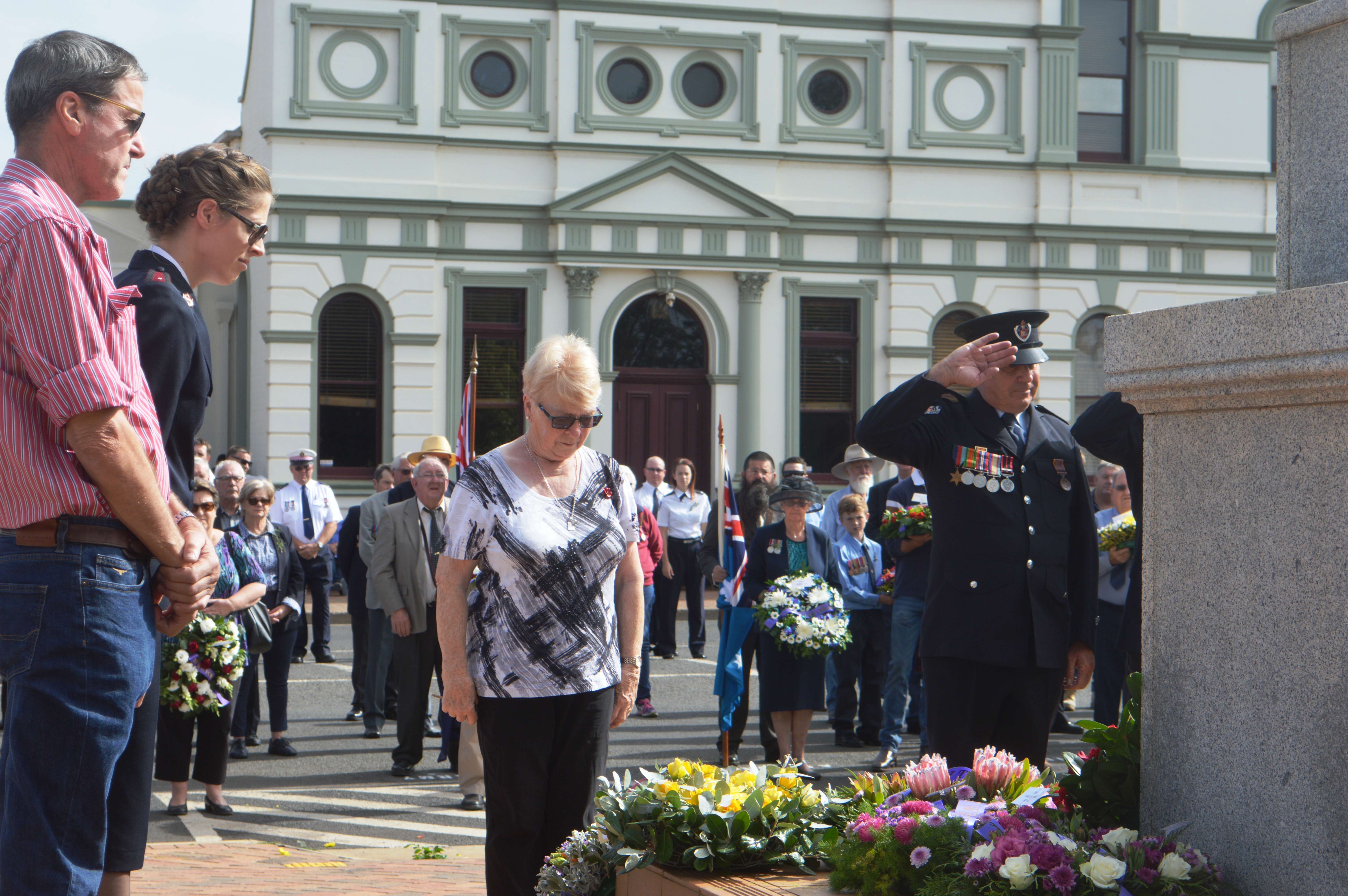 The streets of Forbes were lined with a multitude of people last Thursday who came out on Anzac Day in honour of those service men and women of both Australia and New Zealand whom sacrificed their lives and still risk their life today in wars, conflicts, and peacekeeping operations so that we may live in freedom.

Anzac Day marks the anniversary of the first major military action fought by the ANZAC’s (Australian and New Zealand Army Corps) at Gallipoli in Turkey in 1915, during WWI.

As Australian citizens, we enjoy the rights of a free country: safety, opportunity and democracy. Anzac Day is our opportunity to commemorate the men, women and children who fought, endured, suffered and died for us, our country and all the privileges we enjoy daily.

The traditional Anzac Day dawn service commenced with participants assembling at 5:15am in front of the Forbes Services Memorial Club with a march to the Cenotaph followed by a ceremony held in Victoria Park.

Masses of Forbes locals and visitors attended the mid morning commemorative Anzac march and service. Marchers assembled in Cross Street at 10am for the march to the Cenotaph in Victoria Park via Lachlan Street.

The march to the Cenotaph saw many schools, community groups and ex-service personnel together to pay their respects, mourn with pride, and remember with equal pride, those that have served and still live. Also to give gratitude for the peace we enjoy, and acknowledge, the responsibility of ensuring the freedom and liberty so costly won is not lost by our own indifference.

After the march, the mid morning service began with a variety of Forbes community groups, businesses, families and individuals laying wreaths. Flowers have traditionally been laid on graves and memorials in memory of the dead.

The Prayer of Thanksgiving followed, which thanks the nations of the world in seeking peace and happier relations with each other.

Scott has shared in events marking the centenary of battles across the Western front in both France and Belgium.

The day concluded with a lowering of the flag ceremony at 5pm at the Cenotaph.