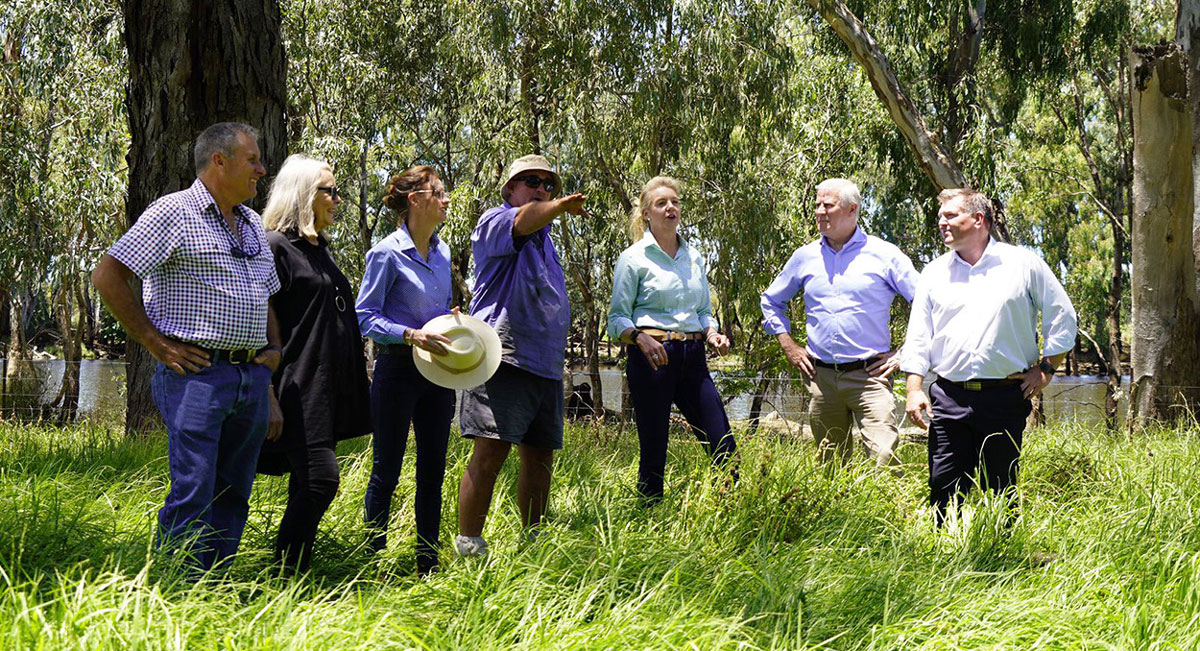 Riverina and Central West farmers and primary producers impacted by recent floods will have access to grants of up to $50,000.

The announcement was made at “Traversdale”, the Bedgerabong property of Jackie and Scott Darcy at the end of last year, who hosted the Prime Minister Scott Morrison and the Premier Dominic Perrottet on their visit.

Member for Riverina Michael McCormack thanked the Darcy’s and other local Central West farmers for their input into the development of the assistance. Financial assistance is being provided through the jointly funded Commonwealth-State Disaster Recovery Funding Arrangements (DRFA).

Mr McCormack said local farmers in the Riverina and Central West, especially Forbes and Weddin Shires, have been hit hard by the recent severe weather across regional NSW.

“Eligible farmers and primary producers, from six of the 12 Local Government Areas in the Riverina electorate, will now have access to grants of up to $50,000 to help them get back on their feet,” he said. “In our part of NSW we’ve seen farming communities dealt blow after blow from drought to the mouse plague and more recently, devastating floods.”

“After my most recent visit to Forbes, with the Prime Minister and the Premier, I raised the concerns of farmers about issues they were experiencing directly with the Co-ordinator General of the National Recovery and Resilience Agency, The Hon. Shane Stone AC QC. I am pleased, following those meetings that the Government has compiled this package,” Mr McCormack said.

For assistance, contact Service NSW on 13 77 88 or visit www.raa.nsw.gov.au/grants/disaster-recovery-grants