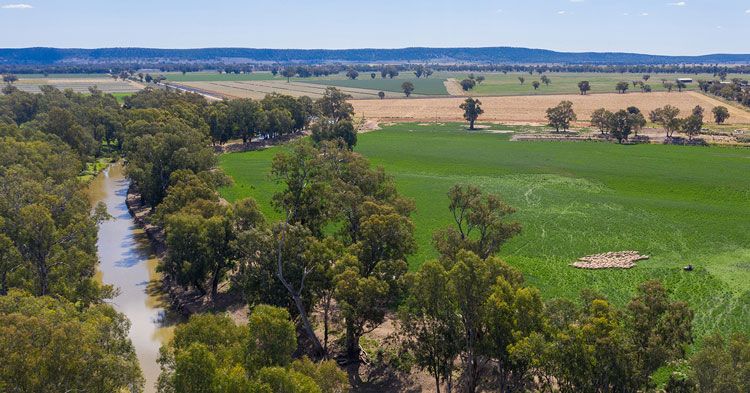 SOLD: Yamminga Aggregation one of the bluechip properties in the region has been purchased for between $9.5 million and $10 million according to Johnston Group Rural who negotiated the sale. It includes land, water and fixed improvements.

Yamminga Aggregation – an exceptionally productive mixed farm ideally situated on the banks of the Lachlan, with a substantial irrigation water entitlement, has sold.

Comprising 670.13 hectares (1,655.89* acres), the Aggregation (including River-view & Yamminga, Stirling, Fisher’s Dairy and The Bedgerabong Road Block) is well situated upstream of Jemalong Weir and within 15 minutes drive of Forbes and the Newell Highway.

Vendor’s, the Robinson Family, owned and operated the majority of the Aggregation for over 30 years, after buying from the Caldwell Family Estate in 1988.

Under the Robinson’s, the properties have been extensively developed. The decision to move on has been a tough but necessary generational decision for the family as they look to retire from fulltime farming.

Agents Johnston Rural Group said the Yamminga Aggregation was offered for sale ‘as a whole’, as well as in four separate par-cels and was sold as a result of a successful Expressions of Interest (EOI) submitted before the close date of 12 noon AEDT 31st March 2021.

The campaign generated significant interest, both locally and from further afield. Ranging from corporates to family farmers, there were over 50 individual genuine enquiries.

The successful purchaser was a family farming, livestock breeding and finishing business from the southwest slopes region of NSW. Whilst the final sale price remains confidential, the property sold for between $9.5m and $10m for the land, water and fixed improvements.