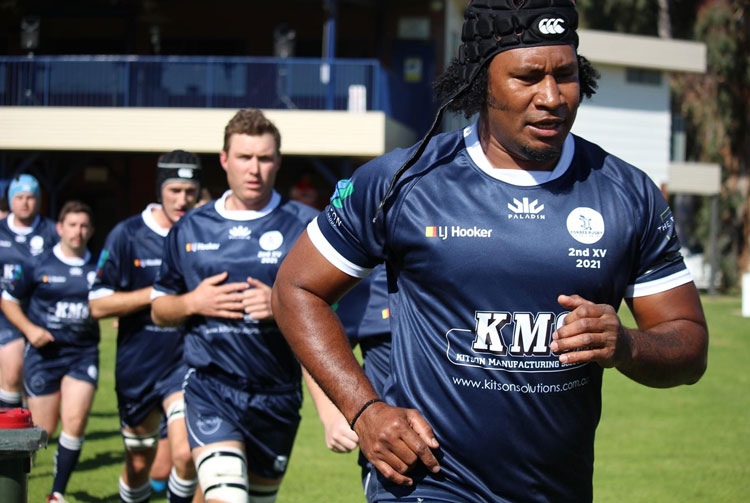 RUGBY IS BACK: The Central West Blowes Menswear Rugby Competition returned on the weekend as Forbes battled old foe Cowra in Round 1 at Forbes.

They say “winning starts in the front office” and if last weekend’s Forbes Platypi Rugby Union Club Sponsor’s Day is anything to go by season 2021 is already a win.

From food vendors and a carnival atmosphere to a packed house all there to support local rugby, in ideal conditions – the day was a cracking way to start the new season.

Forbes Platypi 1st Grade side started off their Blowes Menswear Central West Rug-by Union title ambitions with a win for their sponsors over a gallant Cowra side 33-8 in Forbes last weekend.

After a year of little to no local sport, Grinstead Oval was awash with Platypi fans on the weekend in what was a tremendous game that saw the Platypi prove too classy for the 2019 strugglers.

The Platypi, who have been one of the more fancied sides in the competition over recent seasons were expected to make light work of lowly Cowra in firsts and the tale of the tape read as such as Forbes forward pack began to assert its dominance on the scoreboard to go with their glut of possession.

Forbes looked to stamp their authority from the outset again in the second half, never letting their neighbours into the contest with slick set plays and hunger in a pleasing sign before the big trip to Orange to face the Emu’s in what promises to be an exciting tussle between the old arch rivals.

Forbes 2nd Grade meanwhile will be left rueing a raft of missed opportunities in a narrow 17-14 loss to Cowra. Despite the tight defeat, there is plenty of reason for optimism.

In a see-sawing affair where both sides weren’t prepared to give an inch, only a penalty goal separated the two teams after the full-time siren.