Home » Field Of Dreams For Bruce With Life Membership Award 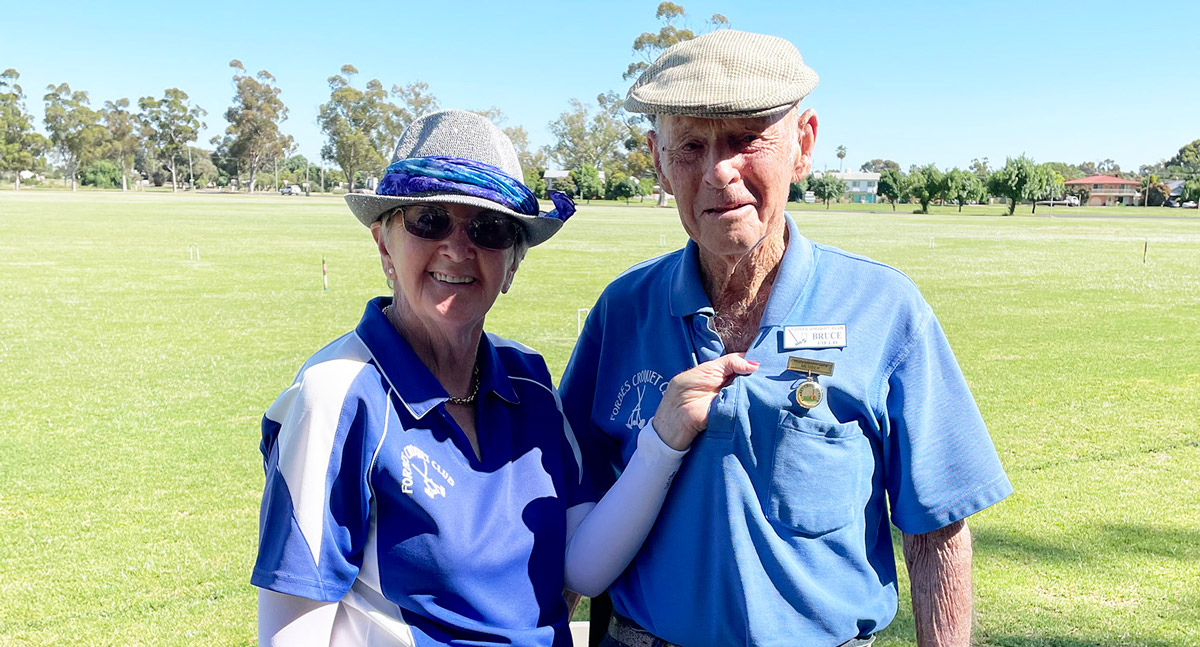 FIELD OF DREAMS: Bruce Field with his Forbes Croquet Club Life Membership Award given to him by President Elvy Quirk at the Forbes Croquet courts last week. Bruce has been a tremendous supporter of the club since its inception and continues to be a valued and contributing member.

In the 1989 Kevin Costner film, Field Of Dreams, a farmer has a vision about turning his barely profitable farm into a baseball field because he had a dream. If you build it, they will come.

When the Forbes Croquet Club began, founding members also had a vision and Bruce Field was recently awarded life membership for his tireless efforts throughout helping build the local croquet club into what it is today. The club stalwart, like many in the club, has worn multiple hats since joining with late wife Lorna in 2009. At 91 in 2018, he won the Perpetual Trophy for Golf Croquet for most games won that year.

Bruce Field, like many volunteers at the club, has often been one of the first out marking courts or helping newcomers to the sport who are trying to learn the rules.

Bruce is one of many volunteers who are the lifeblood of any community group and a cornerstone to their success.

“When he received the Life Membership Award he was quite surprised,” said Forbes Croquet Club President Elvy Quirk.

“He is a valued and well-liked member of the club and we are forever grateful for his fellowship,” said Elvy.

Now, the Forbes Croquet Club now meets twice a week, on Tuesday mornings down near Frog Hollow and again on Saturday mornings. Games include Aussie Croquet and Golf Croquet among others and more families are beginning. It’s a great way to catch up post-COVID.

Congratulations Bruce and the Forbes Croquet Club. You built it, and they are coming!.