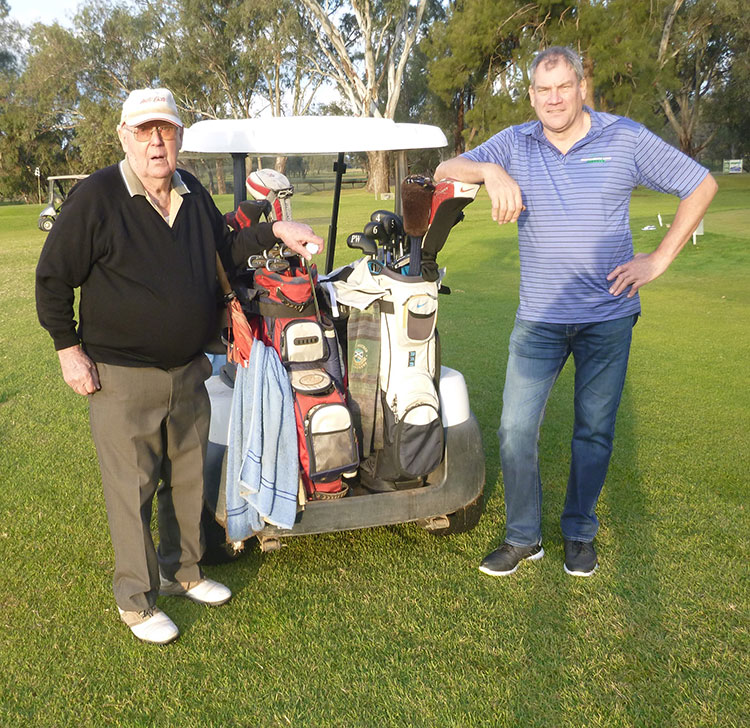 On Saturday, the Men played a two person Ambrose, sponsored by Brine Cure, in which 39 pairs participated despite the rain. A notable event on the day was the hole-in-one scored by George Falvey on the 3rd hole. George said it was not a good shot, so he was amazed to see it disappear into the hole.

The Handicap winners were Troy Howe and Charlie Dwyer who scored a nett 62 in difficult conditions. The Handicap runners-up were J Betland and T Callaghan, who played well enough to reduce their scratch score to 63.5.

The NTP’s went to 9th C Dwyer and 18th B Slack-Smith, both of whom got their 2’s. There were a couple of visitors, including James Grierson who is killing time until the Australian PGA re-starts.

Alby Callaghan enjoyed his game, moreso as he approaches his 85th birthday on 14 July. Congratulations Alby.

The Sunday Stableford Medley field was very low. The eventual winner was Adam Deane from Toukley on the Gold Coast with 37 points.

There will be programme changes for this weekend and for Thursday, 16 August, when the 27-Hole Mixed Foursomes is scheduled.

The Wallace Cup draw is on the Pro Shop noticeboard, so please check there for the details. It is up to the contestants to organise their match. Players still need to practice social distancing, even in the ‘Golfie’.

Saturday, 18 July is a 4BBB Stableford Medley, sponsored by the Hawke Family.