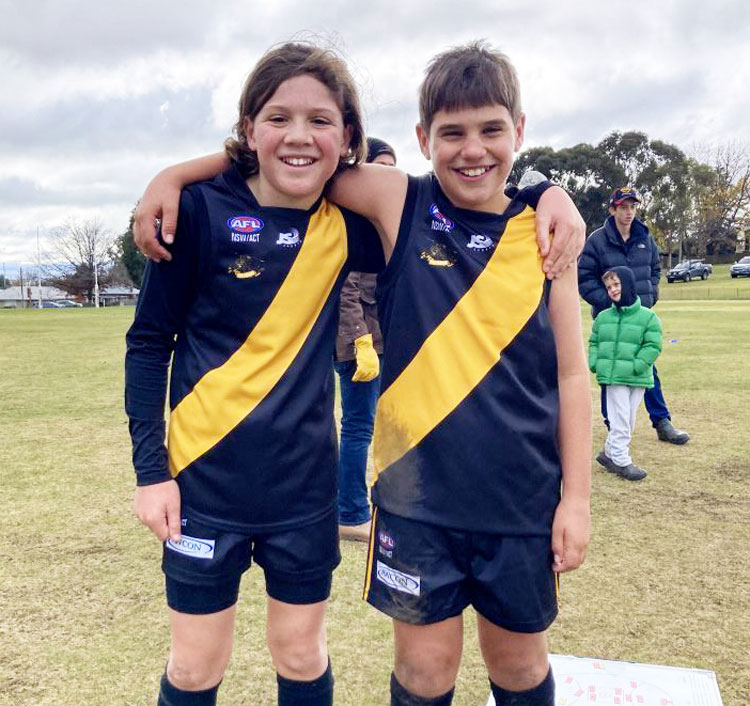 Winter has arrived and delivered the Orange/Forbes under 12s and 14s strong wins over Bathurst Bushrangers on Sunday.

The first Sunday of winter produced an opening quarter full of tough, miserable footy in Bathurst as the players struggled to come to terms with the extreme conditions.

It took a moment of class from Orange/ Forbes 12s to get the ball rolling early in the first quarter. The Swamp Tigers sneaked a goal to put Orange/Forbes on the board and scored again quickly after. Bathurst replied with one behind to bring the score to 12.1 at quarter time.

Bathurst got their first goal in the second quarter inside the first minute and their second minutes later, but Orange/Forbes put paid to any comeback kicking three goals to have a comfortable lead at half time. The final two quarters were controlled by the Swamp Tigers kicking three goals to none to take the game 8.12 (60) to 2.2 (14).

Best on ground for Orange/Forbes were Jack Sara and Romulus Milsom. Making his AFL debut was Forbes’ Will Northey who played very well.

The under 14’s match was all Orange/ Forbes in the wet and cold, not a vastly different looking side to the one that touched up Dubbo in Orange last Sunday. Cayden Metzeling continued a massive couple of weeks as the boy from Forbes followed up an eight-goal performance against Dubbo to bag another bunch of goals against the Bushrangers. The Orange/Forbes defence was troubled at times during the match but were always in control holding the Bushrangers to just nine points, with Zain Clark again leading the way. The under 14’s won the match 11.15 (81) to 1.3 (9).