You are here: Home / Articles / ‘Everybody Come Aboard’ 2020 Parkes Elvis Festival 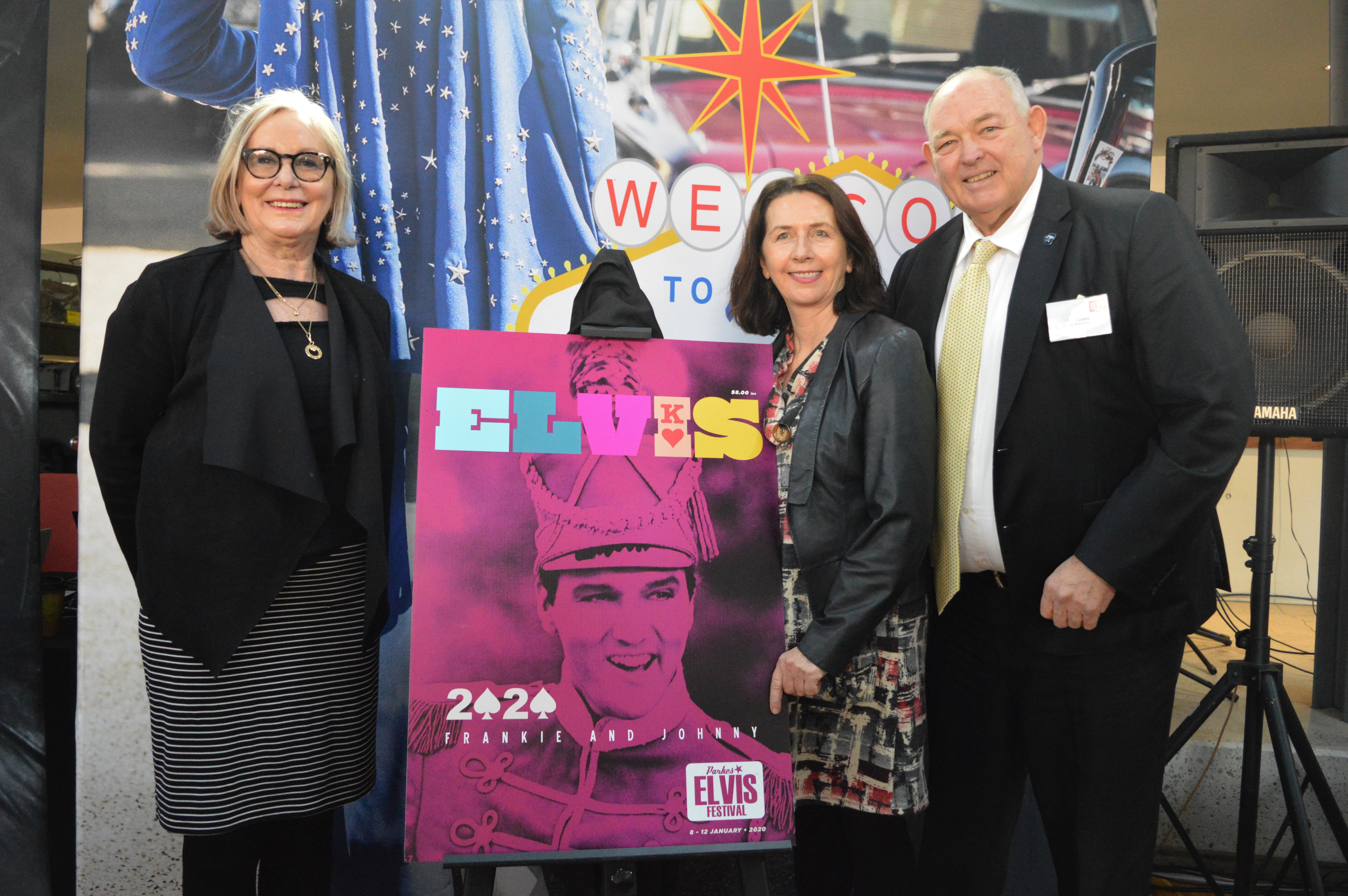 The 2020 Parkes Elvis Festival is on course to be the biggest yet with some shows already sold out just days after ticket sales opened on Monday when the 28th celebration of the King of Rock ‘n Roll was launched at the Parkes Motor Museum.

The festival promises to be the biggest and best yet as the almost 30,000 visitors expected over the five days from 8th to 12th January 2020 have started booking out most available accommodation in Parkes, Forbes and around the Central West.

With the theme the 1966 riverboat gambler movie Frankie and Johnny, a wave of people in colourful and fun costumes will flood the streets of Parkes.

“We have the best line-up ever with a huge combination of 65 ticketed and 200 free events,” said Festival Director Cathy Treasure. “With the drought continuing its grip in the region, we want people to come out and just enjoy good entertainment without any worries.”

The stage in Cooke Park is the focus of the free entertainment program and festival goers can look forward to seeing Mark Andrews performing his first ever free concert, Greg Page and the John Field Band with Brendan Chase among others.

True blue Elvis fans can look forward to Dean Z, next year’s feature artist and winner of the Ultimate Elvis Tribute Artist in 2013. He has dedicated his life to honouring the legacy of Elvis and has been described as an amazing performer.

Next year’s Wall of Fame inductee is Joe Camillero of the Black Sorrows, while Adam Harvey will do a tribute to Elvis’s country albums.

According to Cathy they have taken festival goers’ feedback on board and added more activity areas, more shuttles from Forbes and Peak Hill, introduced sleeper trains for the first time and revitalised Rock ‘n Roll dancing with special guests to be announced later.