You are here: Home / Articles / Equality And Mimosas By The Lake

Forbes Lions Park was a sea of purple for the International Women’s Day champagne breakfast.

Last Sunday saw record numbers in attendance at the annual International Women’s Day Champagne breakfast organised by Forbes Shire Council. Forbes women arrived bright and early and impeccably dressed for the sell out event at Lions Park, which was beautifully decorated in purple, a colour used on International Women’s Day for its historical association with justice and dignity.

Guests were treated to a diverse line-up of inspiring, resilient and successful women. Guest speakers included business-woman Louise Bernardi, Forbes Preschool Director Amy Shine, trailblazer and boilermaker Natasha Schmalz and mental health advocate and agricultural icon Sally Downie. The list of inspiring speakers would not be complete without Forbes’ very own Mayor Phyliss Miller, whose personal story of strength, resilience and determination is one that proves women should never be underestimated. Deputy Mayor, Jenny Webb was MC and Gracey Denhem-Jones lent her beautiful voice to the day, keeping guests entertained. 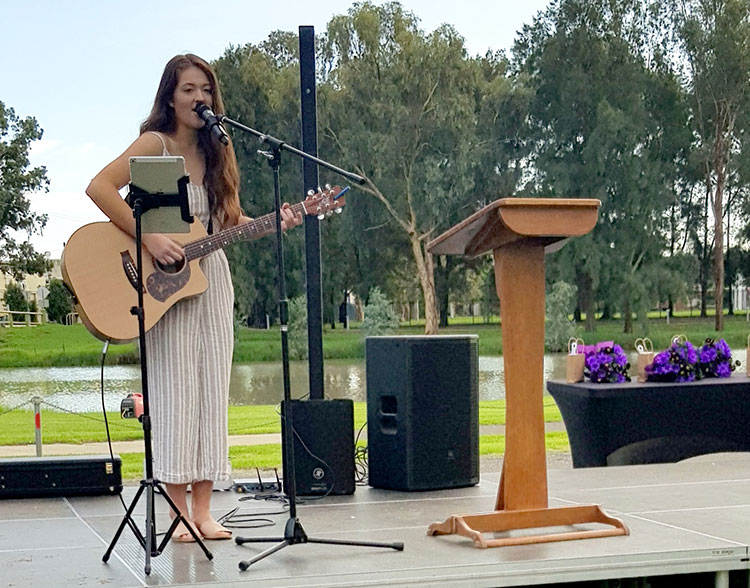 Louise Bernardi, who is involved in several charities aimed at empowering disadvantaged women, spoke about how “empowered women, empower women”, a fervent reminder that while having allies in male dominated workplaces is important, it is the support of other women that inevitably leads to success in gaining equality. Forbes Preschool Director Amy Shine has worked to ensure that Forbes Preschool is a beacon of support, inclusivity and community involvement and national recognition is testimony to this.

While Australia has made leaps and bounds in terms of legal equality since the first wave of feminism, there are still many women who are faced with attitudes of dismissal and failure to acknowledge women in the workplace in male dominated fields. Natasha Schmalz and Sally Downie shared their own experiences in the boilermaker and dairy farming industries that were disappointing, yet unsurprising. Despite this, both ladies were confident in the continued progress of change in attitudes towards women. 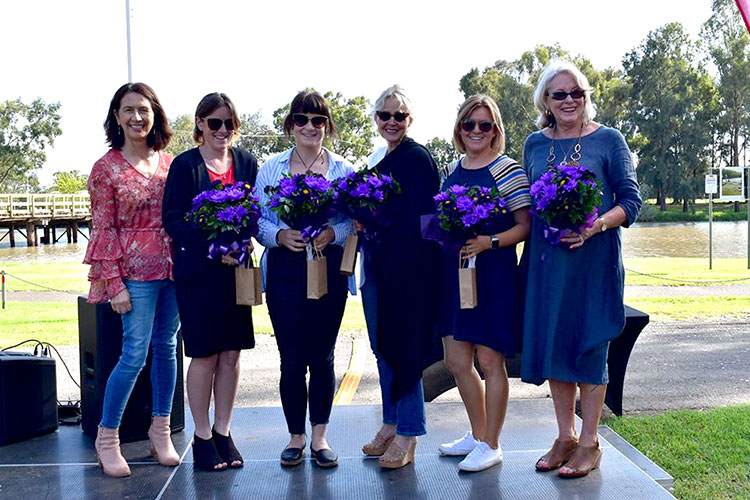 Forbes Lions Park was a sea of purple for the International Women’s Day champagne breakfast.