Home » Eleventh Heaven For Staines And Panthers In Dubbo 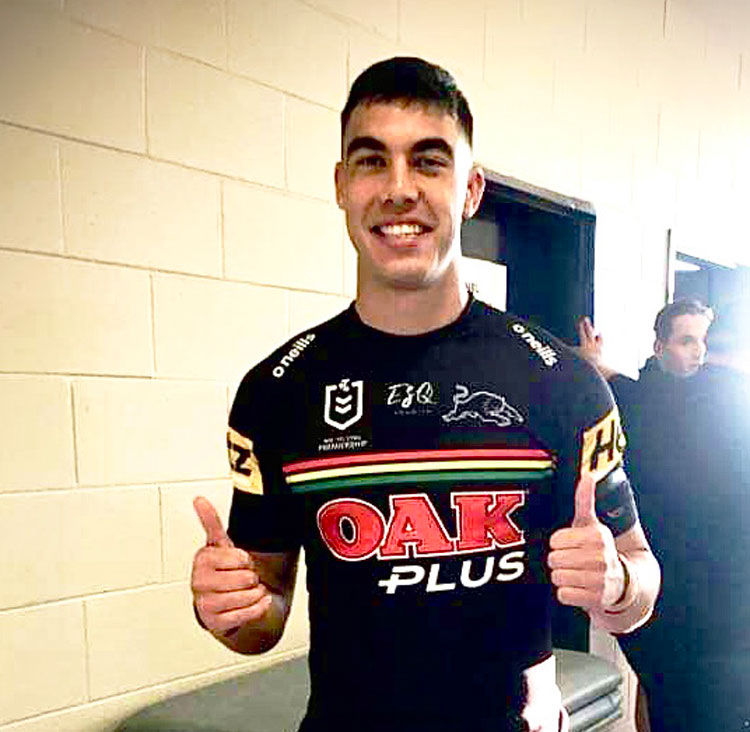 It was billed as a clash of the titans and a prelude to the big dance in October. Instead it was a nine tries to two training run as Charlie Staines and the Penrith Panthers made it 11 wins in a row in a 56-12 rout at Apex Oval in Dubbo.

With local products Isaah Yeo and Matt Burton lining up for Penrith as well as Temora’s Liam Martin, the Panthers had a Central West flavour and a chemistry that showed on the field as the mountain men scored nine tries to two.

Nathan Cleary opened the scoring in the third minute and it wouldn’t be until five minutes before halftime when former Panther custodian Josh Mansour dived over for the Rabbitohs to the delight of many locals.

Staines was solid again on the flank and the Forbes junior enjoyed working with messrs Cleary, Luai and Burton inside him. Staines could easily have added to his already impressive 2021 try tally if not for the half-time hooter. Instead Burton bagged three and two before the break.

Oranges couldn’t come soon enough for Souths. Despite strong local support and a wealth of representative talent at their disposal, the Rabbitohs were pedestrian. The Bunnies have leaked more than 50 points in a game twice this season in a worrying sign with Origin approaching and injuries mounting. No team has won the title after suffering two 50 point losses in the same year and the evidence indicates it won’t change this year either.

Penrith added four more tries after the break as Cleary finished with 8/9 goals in a crafty and dominant display that must surely worry Trent Barrett, coach of the last placed Canterbury Bulldogs – Penrith’s opponents this weekend. Barrett is also from Temora and left the Panthers as assistant coach in 2020 in unceremonious circumstances for Canterbury.

If Staines and the Panthers win they will tie the 1925 Souths side for 12 wins in a row to start a season with only the 95 Manly side on 15 wins in front of them.

For Staines though it’s all about next week. For many in Forbes and Pantherland it’s already about the long weekend in October.