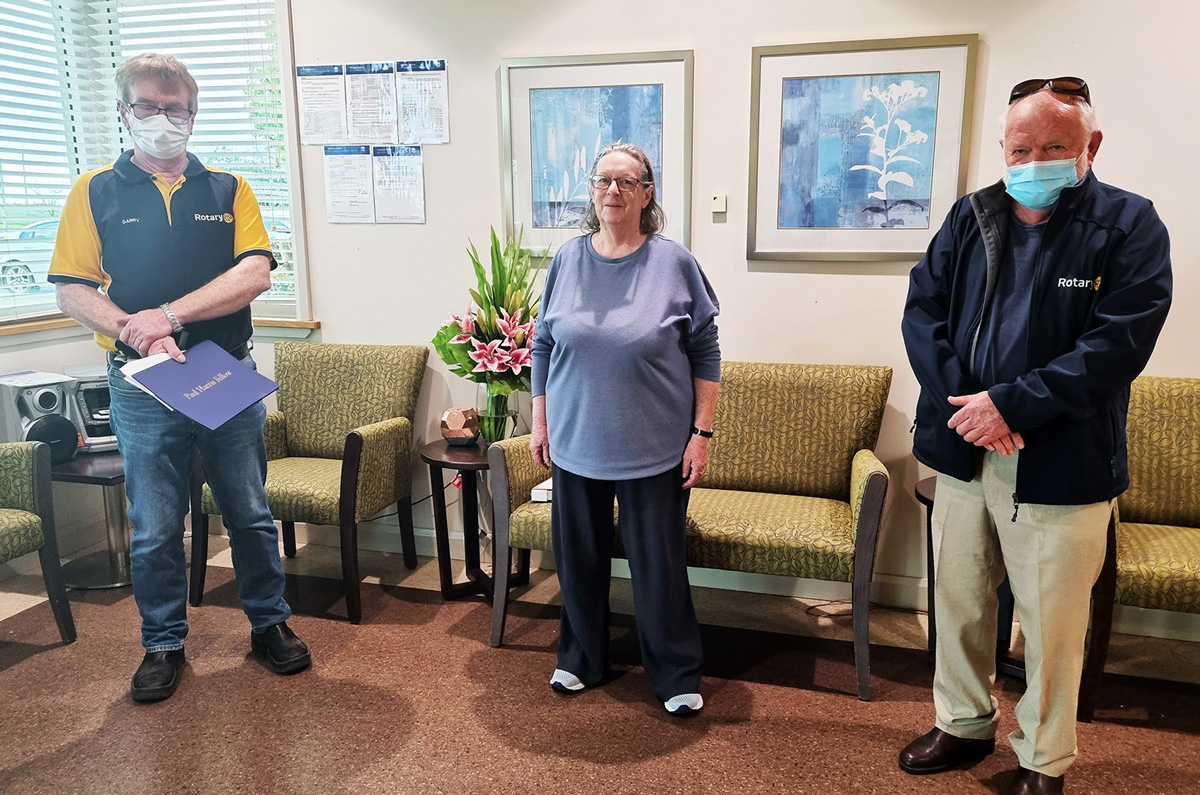 FORBES PHF: Eleanor Lewis was presented with a Paul Harris Fellowship at Jemalong by Rotarians Garry Pyrmont and Chris Finkel. Eleanor has been a tireless worker for Rotary and is one of only 33 Forbes PHF’s since 1948.

Eleanor was president of the club in 2004/5 and was instrumental in a fundraising appeal for the Indonesian Tsunami victims during that year. Eleanor for a time in 2007, took leave from the Forbes RC and joined the Forbes Rotary morning club, Forbes Ipomoea, to fit in with an existing work schedule at the time but remain connected.

Returning in 2012 and she was one of very few Rotarians to be inducted by the then Rotary International President Kalyan Baner-jee from India during his visit through Parkes and Forbes. Eleanor has also been a member of the NSW Small Winemakers Show committee, Forbes Camel Races, the Forbes Jazz Convention and Tourist Centre.