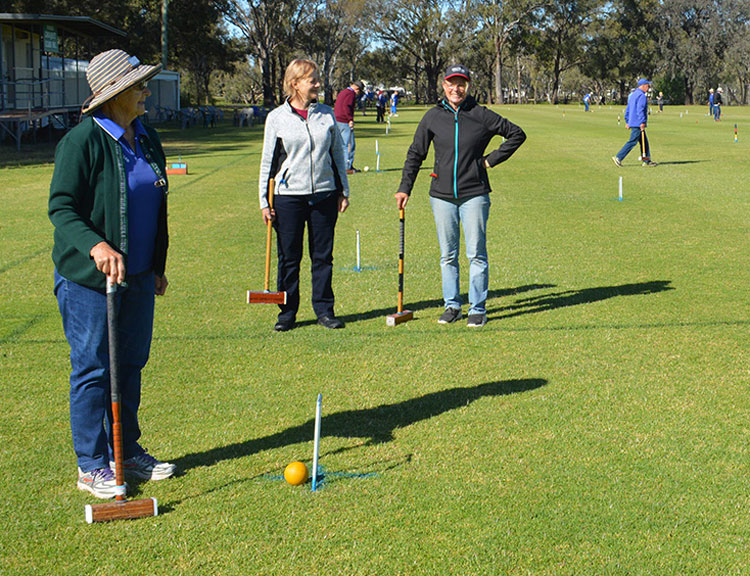 BRAVING THE ELEMENTS: Colleen Liebich plays a shot in front of the family recently at Forbes Croquet Club. Despite the conditions there was also a massive turnout last Tuesday as well.

There were 22 players last Saturday for Aussie Croquet despite the conditions. There were four players that managed three games – Robin Pols, John Browne, Jeff Liebich and Neville Spry. Big win of 14-8 for Elvy Quirk.