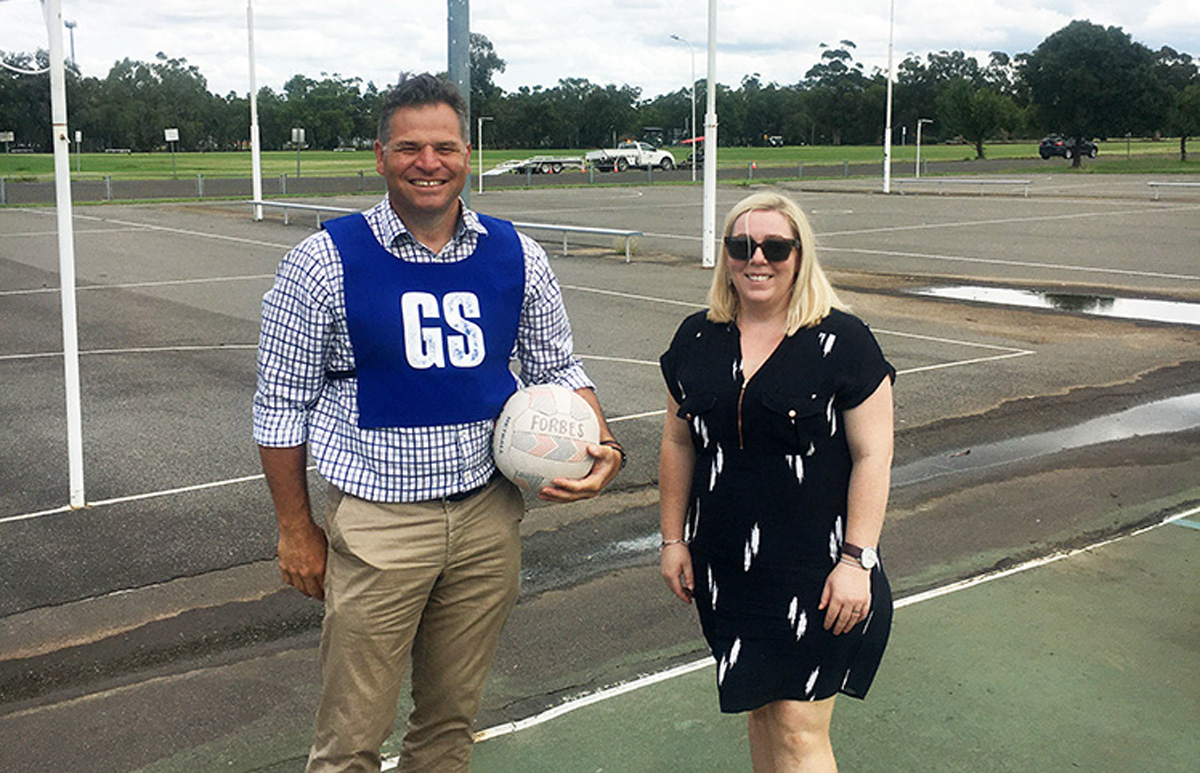 COACHING GRANT: Member for Orange Philip Donato MP congratulating Forbes Netball Association Vice President Carmen Duffy on the $2,000 grant as part of the 2019 NSW Government’s Local Sporting Grant Program. Funding has been allocated to the provision of coach skill development for players and coaches and had been delayed due to COVID.

Member for Orange Philip Donato MP announced Forbes Polo Club Inc. has secured $4,950 as part of the 2019 NSW Government’s Local Sporting Grant Program to improve accessibility to the sport of polo for Forbes residents and by providing subsidised registration, travel and uniform costs. The club also received $27,750 as part of the 2021 NSW Government’s Community Building Partnership Grant Program for the purchase of a field mower and for coaching clinics.

Forbes Netball Association also secured $2,000 to the provision of coach skill development for players and coaches as well as other activities.

Donato paid tribute to both clubs and for their efforts to make their sports affordable and accessible for all of Forbes. “I have no doubt it will be of great benefit to Forbes sporting community,” he said.