Home » Doctors Lives To Be Displayed 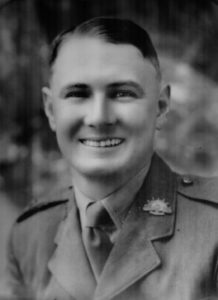 As part of Forbes Heritage 2016, two Interpretive Panels in the series will be unveiled at the Forbes Medical Centre. “Our practice has been working on this project for close to four years and I’m pleased these panels will be unveiled as part of Forbes Heritage 2016. We are committed to acknowledging the lives, work and dedication of former doctors who served our town.

The panels give the Forbes community an insight into the men who were the town’s doctors.” said Dr Neale Somes. This year’s panels explore lives of two doctors who enlisted in the Army Medical Corps. Dr Edward McDonnell practised in Forbes at the beginning of the 20th Century and served in both the Boer War and World War I. Dr Edward Palmer who practised for 15 years in Forbes was a Lieutenant Colonel in Rabaul, New Guinea during World War II.

The Forbes Medical Centre acknowledges the military record of these doctors and in keeping with this theme has asked current Forbes Medical Centre University of Wollongong medical student and army reservist Tristan Scott to say a few words. “These were two extraordinary doctors with unique stories. As I am keen about all facets of the history of Forbes, I’m excited with the prospect of revealing yet another layer of the town’s history. Members of Dr Palmer’s family will be attending. We are attempting to locate descendants of Dr McDonnell, unsuccessfully so far”, said Dr Somes.

Dr Somes and his colleague doctors extend an invitation to the Forbes Community for this unveiling. The Interpretive Panels will be unveiled on Monday, 2 May at 6.30 pm at the Forbes Medical Centre where light refreshments will be served.

If you would like to attend please contact Forbes Shire Council on 6850 2300. Numbers are limited and bookings close on Thursday, 28 April.