Home » Dinner With A View 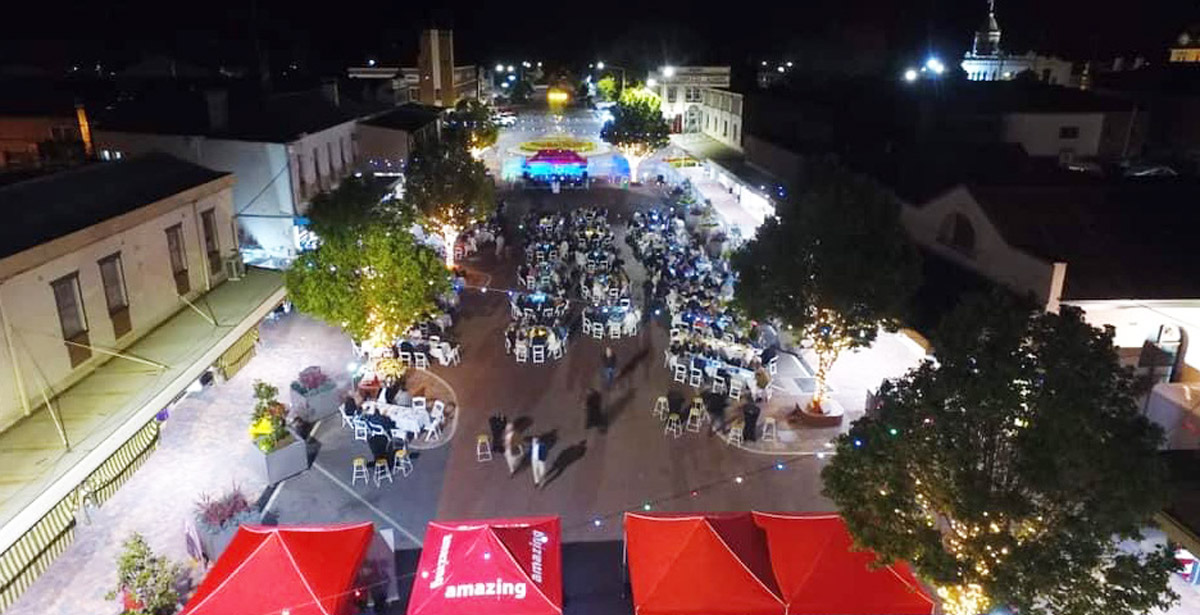 TASTY: Hazell and Field Accountants and Advisors Taste On Templar went off on Saturday night with all tickets sold out for the blue-chip foodies night. Forbes Business Chamber were delighted with the response after the event returned for the first time in two years due to COVID. Pic courtesy of Forbes Business Chamber and Craig Dwyer Drone Photography

After some 200 plus days of lockdown, parts of NSW including Forbes, started to take on some semblance of normality again with the Forbes Fair, Taste On Templar and numerous community activities held over the weekend including music, croquet and the Forbes Autosports Club popular race weekend. There was also plenty of cold drinks, BBQs, boat-paddling and fishing.

At the Forbes Fair, huge numbers turned out over three days to ride the dodgems, have a Pluto Pup and take in the atmosphere after COVID effectively cancelled the last two Forbes Show’s. It didn’t matter to the kids though.

Taste On Templar was sold out and a huge success after two postponements. Many people commented on just how good the event was and how it was great to be able to enjoy more freedoms and see friends.

Mayor Phyllis Miller was ecstatic and praised all involved at Taste On Templar for turning on a tremendous event in challenging circumstances.

“The effort from the Forbes Business Chamber and all involved with Taste On Templar was incredible. It is fantastic to see people out and about and doing things again!”

Ticket sales on the night were donated to CanAssist Forbes to help raise vital funds for cancer research with announcements on final figures pending.

With the remainder of NSW also opening this week now it is November, Christmas only seven short weeks away and summer on the horizon, it promises to be amazing, Forbes.