You are here: Home / Sports / Ladies Golf / Dawson And West Are 4BBB Champs 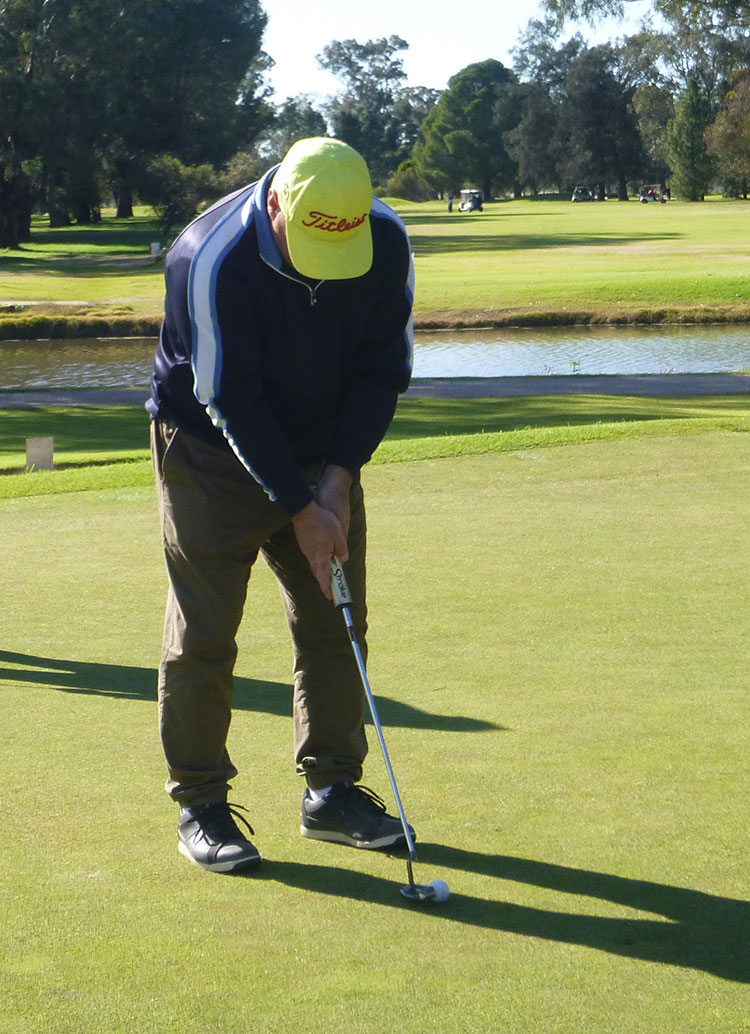 Andrew Dukes putting for par on the 9th hole.

On Saturday, the men played their 4BBB Championship, with both Stroke and Nett contested and 43 pairs competing.

The 4BBB Stroke Championship was won by Peter ‘Ecky’ Dawson and Tim West. Their 34-33-67 was way ahead of the runners-up, and featured Champion-form play by Tim. Runners up were Dan Bayley and Mark ‘Stubbie’ Collits with 37-34-71. It was a tale of 9-holes each.

The Nett Championship had very competitive scores. The Nett Champions were George Falvey and Damien Kennedy with a nett 59, where each player had near equal contribution. The Nett Runners-up were Greg Webb and Rod Besgrove with scores of 32-30-62. A fine effort by Greg on the 15th kept them in the running.

The NTP’s went to K Herbert and G Falvey, with only four scored overall. Kim got his ‘2’ but George missed out.

Andy Borger played the 12th hole unconventionally to score his par. His approach shot flew the green onto the 13th fairway. His return chip came over the hill and almost plopped into the hole. He then putted from off the green straight into the hole.

There was no Sunday Stableford Medley, due to some cold and inclement weather keeping the golfers away.

Do not forget the farewell to Ben Gear scheduled for 4 July. To manage the social-distancing aspects please advise the Ladies’ or Men’s Captains if you would like to attend.

The Men’s Wallace Cup will commence soon, more players are needed to make it a worthwhile draw. Place your name on the list in the Pro Shop.

This weekend will see the Ladies play 27-holes Foursomes on Saturday, 27 July, and the Men play playing 36-holes over both Saturday and Sunday.