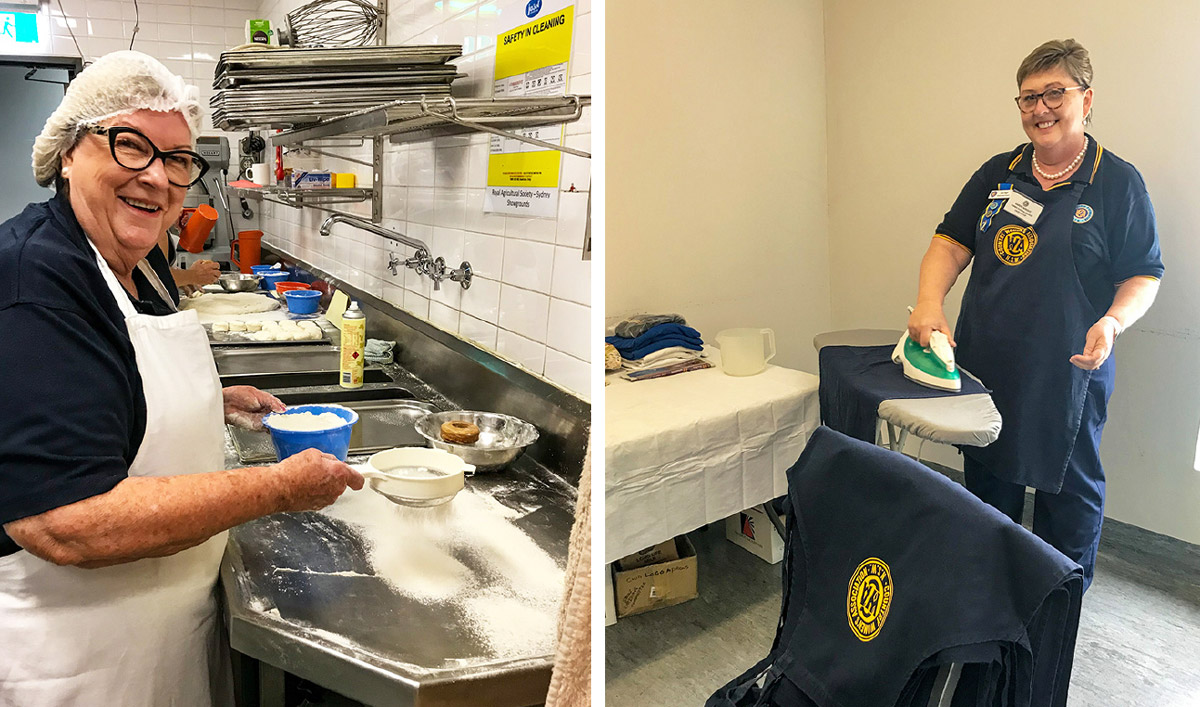 Two Forbes CWA members worked at the ever-popular Tea Rooms at the Royal Easter Show this year for their fourth time after a COVID break of two years.

It is a major fundraising activity for the CWA, and after two years of no show, the CWA members were excited to be baking scones and selling produce again.

“It was terrific to be able to get back to the show for a milestone year as the Royal Easter Show celebrated their 200th anniversary and CWA its 100th,” said Karen. Robyn said: “Our jobs in the tea rooms this year included ironing the CWA aprons worn by each volunteer (about 60 members per day are needed to staff the Tea Rooms), packing items into the inaugural CWA show bags, cutting of scones and putting them onto oven trays for baking and working on the promotions table selling raffle tickets, merchandise and homemade goodies.”

“The shifts each day were only four and a half hours long but were ‘jam packed’ as the Tea Rooms are so popular with show goers,” said Robyn.

“There were often long lines of people patiently waiting for the next hot fresh batch of scones to come out of the oven,” said Karen.

They were both were very excited and privileged to attend the official opening of the show by Princess Anne. “This was full of pomp and ceremony with her arriving in a horse drawn carriage, having groups of the defence forces marching and a flyover by the Air Force Roulettes,” said Karen.

Support the local CWA’s Open Garden at Helen and Kingsley Green’s property Booklyn on Victory Rd on Saturday, 21st May from 2-4pm. Entry is $10 including afternoon tea.