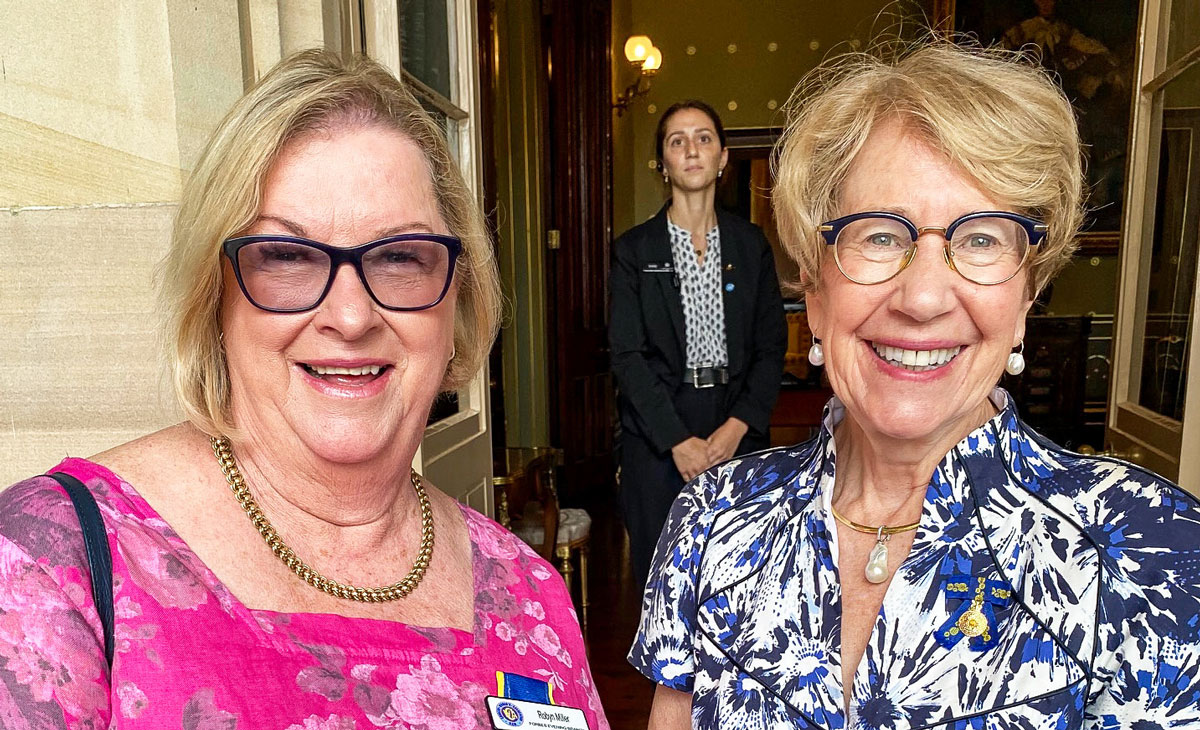 It is a special year for NSW Country Women’s Association (CWA) celebrating its 100th anniversary.

A celebratory birthday morning tea was held at Government House in March and attended by President of CWA Oxley Group and Forbes CWA Evening Branch, Robyn Miller. She was invited by the Governor of NSW the Hon Margaret Beazley AC QC to join other dignitaries and representatives of the CWA from across the state for this momentous occasion.

“It was a beautiful event, and a perfect backdrop of a sparkling Sydney Harbour to celebrate our centenary,” said Robyn. “It was fantastic to catch up with other CWA members from across the state and discuss the history of the CWA in assisting in local communities and disaster relief fundraising.”

Robyn said she felt privileged to be representing not only Oxley CWA Group but also Forbes Evening Branch.” She also represented the Oxley Group and Forbes Evening Branch by volunteering at the Royal Easter Show Tea Rooms (with Karen Wright and Amanda Dunn) and attended the 100 Year Annual General Meeting and Conference held at Royal Randwick in Sydney last week.

There are other celebrations occurring across the state to celebrate 100 years of CWA and its work to support rural, regional and remote women, children, families and communities in NSW.

Little did the small group of women, who met in 1922 to do something about the plight of rural women isolated by distance and lack of services, know that one hundred years on members of their organisation would be celebrating a birthday at Government House.

The CWA was focused on fighting isolation and a lack of health facilities, members immediately started work on setting up baby health care centres, funding more bush nurses, and building and staffing the likes of maternity wards, hospitals, schools, rest homes, and holiday getaways for rural and remote families.