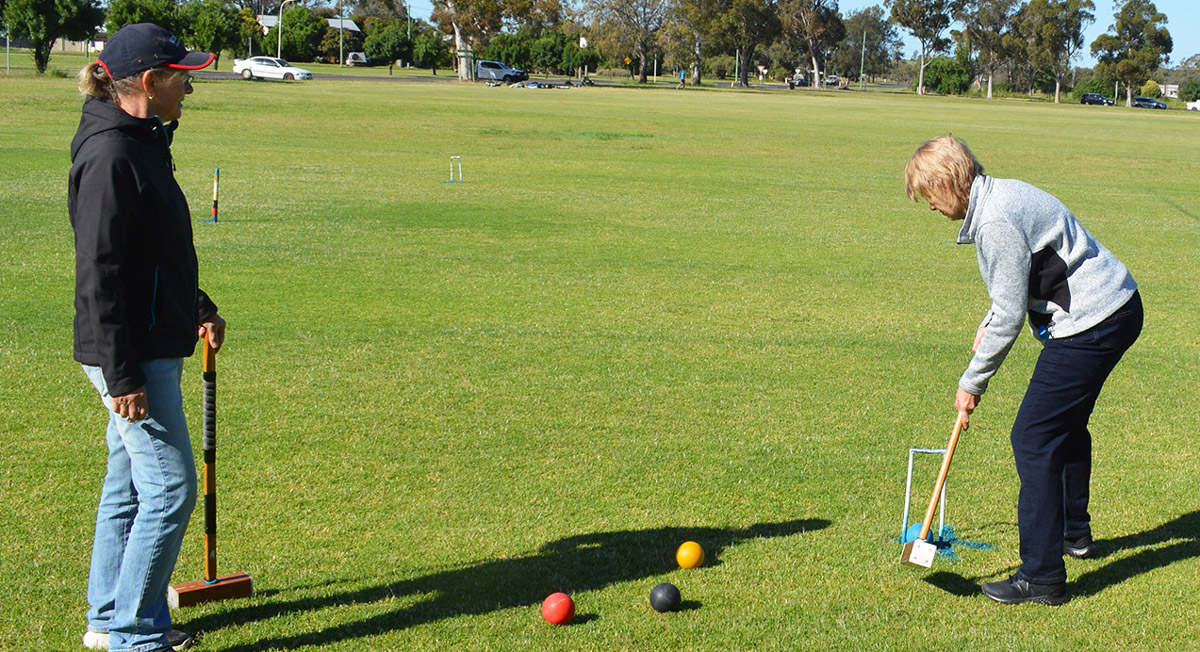 IT’S BACK: After all the rain and floods it was good to see players out again playing croquet with big numbers last Saturday and Tuesday turning out.

It was good to be back on Saturday December 4th after all the rain. We had 28 players and we were pleased to welcome a visitor from Wagga Wagga, Adam McCullum, son-in-law of John Farah. There were only 2 winners of 3 games; Colleen Liebich and Neville Spry.

At the end of last week, we learnt of the passing of Mary Hodges. After Croquet on Tuesday we formed a guard of honour wearing black armbands to her funeral at the cemetery. Condolences to the Hodges family.