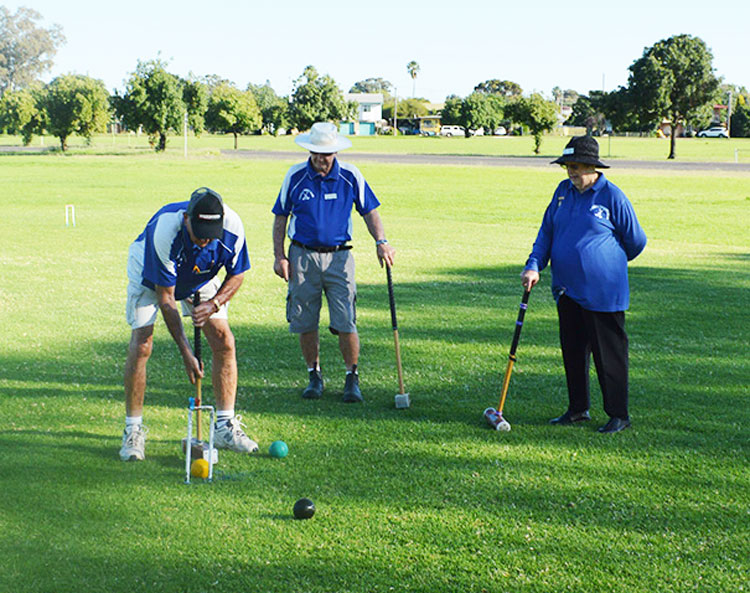 GROWTH SPORT: Croquet continues to attract new players and is becoming a hit in Forbes.

There were 26 players for Aussie Croquet on Saturday, 6 March. One of the newer players John Farah had his first win of three games, well done. The other players with three wins were John Browne, Bob Murray, Kevin Rubie, Barry White and Jill Rubie. Big win on the day was 14 – 6 John Browne. Close Games were: