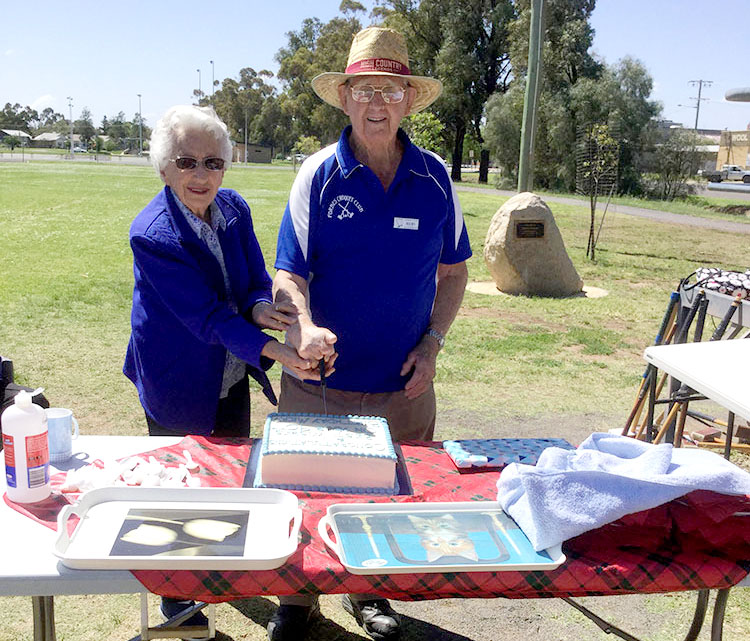 A milestone for Merv Langfield as he cuts his 90th birthday cake with the help of his wife Ula.