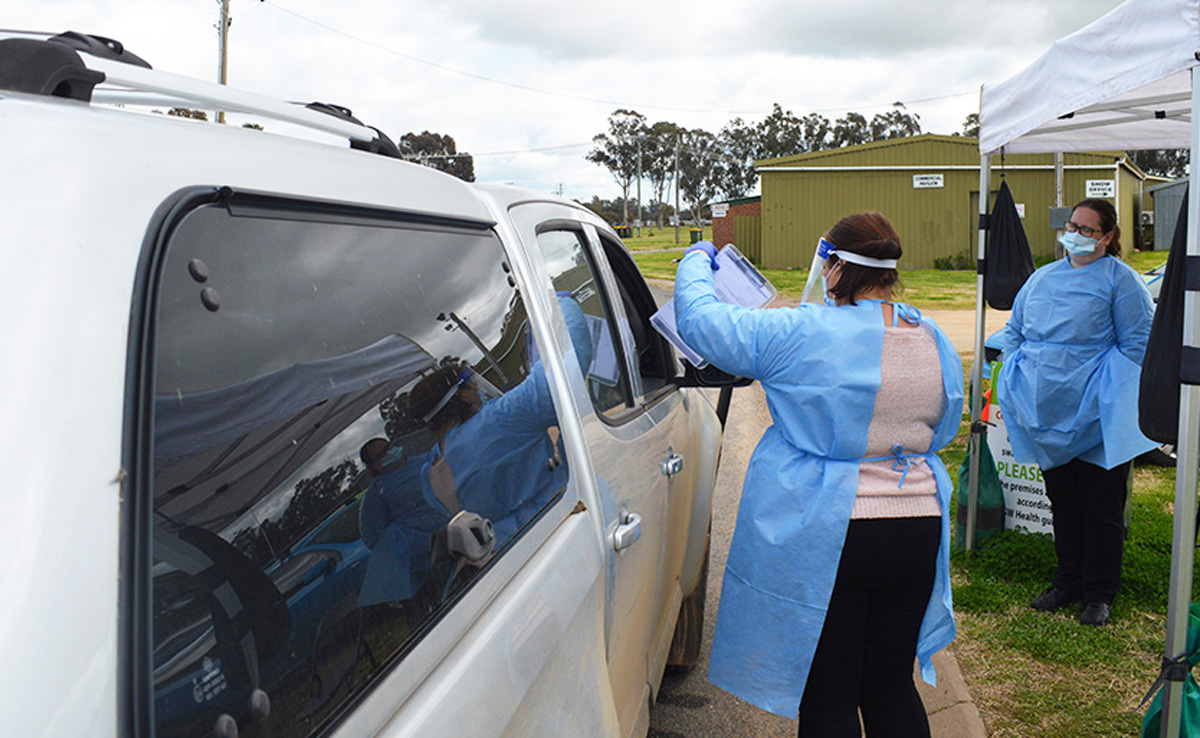 SURVEILLANCE TESTING IN FORBES: Last week after lockdown restrictions were eased Forbes recorded another positive sewerage test despite having no new recorded cases. Other towns have also experienced the same issue prompting surveillance tests from WNSWLHD to be rolled-out.

The Western NSW Local Health District (WNSWLHD) is currently piloting COVID-19 surveillance testing in a number of communities where there are circumstances that could be explained by more wide-spread testing.

“Surveillance testing is different from what we’ve been doing previously in that we want to test as many people as possible, regardless of whether they have symptoms or not,” said WNSWLHD Chief Executive Scott McLachlan.

“People who aren’t close contacts or who don’t have any symptoms themselves or in anyone else in their household are then not required to self-isolate until they get their results. We’re going to pilot that approach in a number of communities where we have questions that could be resolved by widespread testing”.

Mr McLachlan said those issues might include:
• detections in sewage testing where there aren’t any known cases (Forbes);
• significant community transmission (Bathurst);
• known cases where contact tracing hasn’t been able to determine the likely source of transmission (Brewarrina).

“Initially we’re offering surveillance testing in places (like Forbes) because of sewage detections with no known cases locally. Testing is available in all these communities and we want to encourage people to come forward to make a contribution to the surveillance testing”.

“We obviously still need people who have symptoms, or who are identified as close contacts, to be tested”.

Mr McLachlan said the response to surveillance testing in those locations would be monitored to determine how it could be rolled out across the whole of the Local Health District. Other towns aside from Forbes also included among other towns in the Western NSW Lachlan Health District were Trangie and Lightning Ridge.