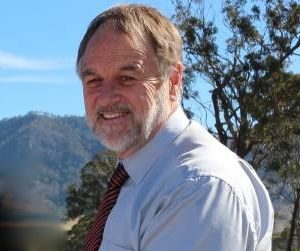 His other previous roles include Director of Corporate Services with Wentworth Shire Council, Director of Corporate Services with the Australian Agricultural College Corporation and Regional Manager of Sun Water. Danny has a Bachelor of Commerce and a Master of Business Administration and is also a fellow of the Australian Society of Certified Practising Accountants.

Mayor Phyllis Miller OAM said Council was extremely excited about welcoming Danny to the Forbes Shire. “We are very lucky to have appointed someone as experienced and well qualified as Danny as our new General Manager,” Mayor Miller said. “He is very enthusiastic and is the kind of General Manager that really cares about the community he works in and the team that works for him.” In his new role as General Manager of Forbes Shire Council, Mr Green will be responsible for the overall management of the organisation, for the carrying out of Council’s policies and strategic objectives and for ensuring Council is provided with accurate information to promote effective decision-making. The role is also responsible for community consultation and engagement processes and to pursue beneficial relationships with regional neighbours and other levels of Government. He will also report and monitor strategic plans and long term and short-term financial budgets.

With a passion for communities, Danny is a strong believer in effective engagement that sets long-term planning linked to day-to-day delivery. Danny is married with four adult children and is looking forward to moving to Forbes and getting involved in the community.