You are here: Home / Sports / Concussion 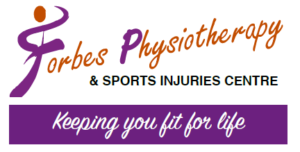 With pre-season training for winter sports commencing, it is a relevant time to discuss sports related head injuries and consider what can be done to prevent or minimize the impact a concussion injury has on an athlete. In the medical world, a concussion is considered a mild traumatic brain injury.

Concussions occur not only from direct contact of the head with a solid object but also when indirect forces cause the brain to move rapidly within the skull such as a fall on the buttocks or a whiplash injury. Contrary to popular belief, you can sustain a concussion without losing consciousness.

Common symptoms of concussion include headaches, memory and concentration dif- ficulty, decreased balance and coordination, drowsiness, vomiting and light or sound sensitivity. The ability to perform normal activities with the same speed, reaction time and precision as prior to the injury is often significantly altered. When managed appropriately most signs and symptoms are temporary and resolve within seven to 10 days, however complications can occur including prolonged duration of symptoms and increased susceptibility to further injury. There is also growing concern about the po- tential long-term consequences of multiple concussions.

The brain needs time to heal and rest after a concussion. This includes rest from both physical activity and cognitive loads. Returning to sport too early increases the chances of another concussion.

It is worth considering performing baseline testing such as a SCAT-3 or King Devick Test in the pre-season to establish a bench- mark offering comparison when an athlete has sustained a concussion. This helps determine when they are ready to return to sport.

“For the fitness of you”