You are here: Home / Articles / Coming Together Despite The Distance 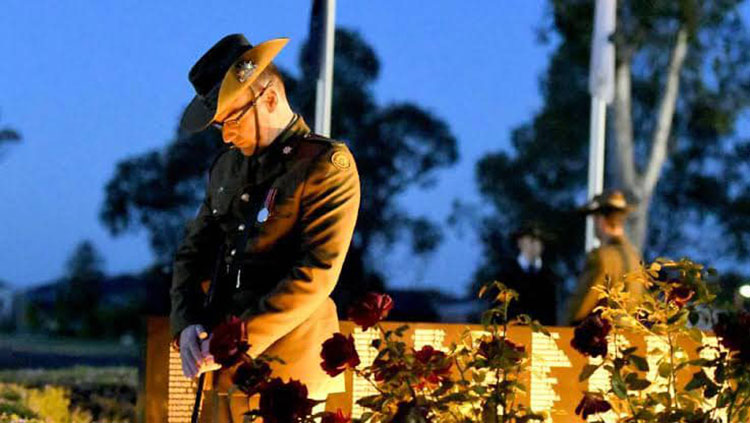 Due to the current restrictions in place and to protect the public from further spread of COVID-19, the Anzac Day March and Memorial Service has been cancelled in Forbes and throughout Australia.

The War Memorial in Canberra will host a private Anzac Day commemorative service in the Commemorative Area and Hall of Memory on Anzac Day. The traditional Dawn Service, National Ceremony and veterans’ march will not take place.

The event will not be open to the public but will be broadcast live across Australia by the ABC and streamed online via Facebook, Twitter and Instagram.

In response to the cancellation of Anzac Day ceremonies throughout the country, Australians have rallied on social media to get the word out about an initiative that can see Australians honouring veterans while maintaining a safe social distance. The Facebook group ‘Aussies & Kiwis for Anzacs’, has attracted over 158, 000 members in only a matter of days. The initiative calls on Australians to stand at the end of their driveways as they observe a minute’s silence at 5:55am on Anzac Day, Saturday 25 April. The man behind the idea, Justin Wilbur of Ballarat is urging Australians to light a candle on their veranda or driveway to honour our veterans.

While the future is uncertain, what we can rely on in Forbes is a healthy sense of optimism and inventiveness to overcome new challenges faced as a community