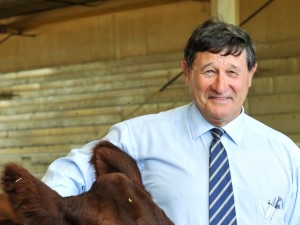 Member for Calare John Cobb has paid tribute to Forbes and Parkes after announcing his retirement from politics last Saturday at the Calare electorate reconstitution meeting in Lithgow.

Mr Cobb, aged 66, was first elected into the federal parliament in 2001, and during this time, there have been three boundary changes to his electorate. The shires of Forbes and Parkes have been the only two shires to remain in his electorate in his entire time as member for Calare.

Ironically, this changed on February 25 when the new federal electorate boundaries of NSW were updated, with Forbes and Parkes now being a part of the Riverina electorate. However, representation will not change until members are elected at the next federal election, which is tipped to be at the
end of this year.

“Forbes and Parkes have been absolutely phenomenal. I look at them as my security blanket in politics, the place that I know I will hear what I need to hear, without fear or favour.”

In his 15 years overseeing Calare, Mr Cobb said a highlight was the Coalition’s
dealing with the 10-year drought throughout the start of the 2000s. “In 2007 I got John Howard [then Prime Minister] and John Anderson [then Deputy
Prime Minister and Nationals party leader] to a station just west of Forbes,” he said. “There was a big gathering there and Mr Howard was in high demand, and I remember saying to him ‘there’s a couple here who want to talk to you, John, about family and the mental side of drought.’”

“They lost a son and they lost a neighbour’, and he said ‘absolutely’, and I took
him away and introduced them to him, and I can still see him walking under a tree with them, with his arm around both of them, and he gave them 15 minutes.”

“That’s a long time for a Prime Minister, and after that he introduced a mental
health package for drought affected farmers.” Mr Cobb was also happy with aged care infrastructure he has been able to bring, and hopes to see a new dam in Central West NSW built before he retires.

Calare pre-selection was opened at the Lithgow meeting with nominations to close on 19 March and voting to take place on 30 April, in Bathurst.