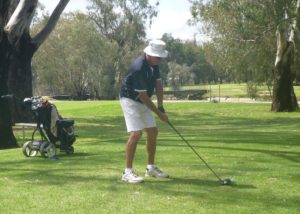 This weekend saw Round 1 and Round 2 of the Golf Club Championships, sponsored by Lachlan Commodities.

There were exciting shots played, with an eagle being a highlight of the weekend’s play. This was scored on the 4th hole, when Steve Bate holed his shot across the water.

In conjunction with the championship play there is a Daily Comp, the results of which are:

The NTP’s went to: 9th – D Mylecharane; 18th – J Betland. There were only eight 2’s scored. Dave ‘Mullie’ converted his NTP but John missed his. The best “2” of the day went to Steve Bate, who managed an eagle on the 4th.

The day-2 Daily Comp saw the A-division won by S Betland Nett 68 on count back from D Bayley. In the B-division F Donohoe (69) was the winner ahead of R Besgrove (70).