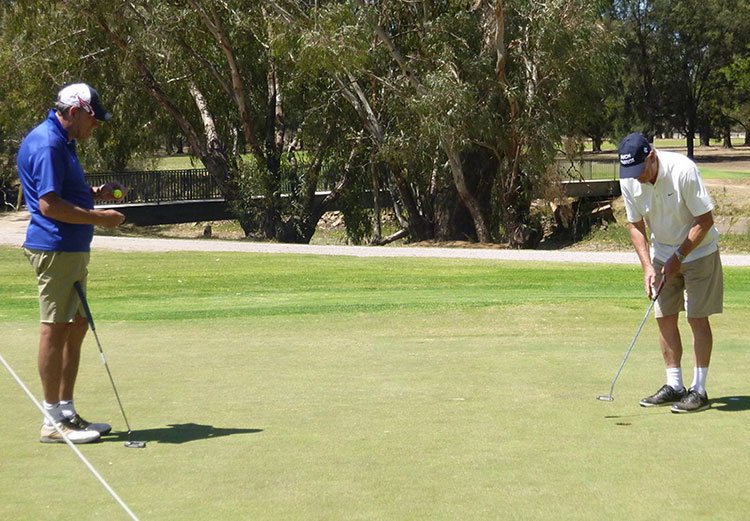 On Saturday the Men’s competition was the December Monthly Medal, sponsored by Landmark Forbes, and contested by a field of 76. The A-Graders produced good scores with Peter Dawson firing a nett 66 to grab the Medal. The runner-up was Ethan Gaffney with a nett 69, and a good back 9 to sneak past Alf Davies on count back. The B-Graders produced similar scores.

Denis Culley took the C-Grade Medal with a nett 73, bookending his round with pars on the 1st and 18th. Runner-up was Hamish Steel-Park who fired in a nett 74 and beat Robert ‘Rocket’ Scott on count back.

The Final of the AAA Cup, sponsored by AAA Septic Services, was played on Sunday. The play-off winner was Steve Betland with a nett 69, helped by an eagle on the 6th. The other prize winners were: 2nd – Shane Sallaway, 3rd – Greg Webb and 4th – Ethan Gaffney. Thank you to the sponsor who has supported this event for over four years.

The Wallace Cup Final, a handicap match-play event, has been played and won. It was a very close and tense contest,

with the match being decided on the 18th. Todd Callaghan needed a win to send the match to the 19th, but Steve Grallelis managed a square and won the match 1-up.

Head Pro Ben has been running a raffle at Forbes and Parkes Pro Shops, with the prize being a special edition Titleist Golf bag (only 415 made). A video of the draw is available on Facebook pages. The lucky recipient was Steve Grallelis.