Home » Charlie One Step Closer To His Dream! 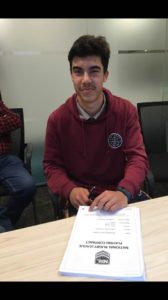