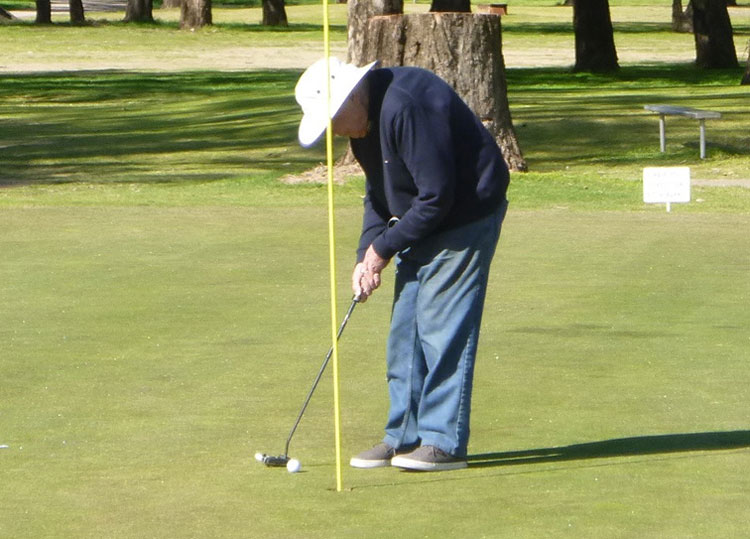 GROWING NUMBERS: With many sports cancelled or not allowed under tough new restrictions, golf remains one of the few acceptable forms of exercise and as a result numbers are growing in recent weeks.

Last Saturday the golfers competed in an Individual Stableford event, under COVID-19 regulations, with many players enjoying the conditions and returning good scores. Most notable was Bruce Chandler whose score matched the conditions.

The Div-1 winner was Phil Maher, who tidily compiled 41 points. Runner-up, on count back, was Nick Greenhalgh with 39 points who skipped past Neil Duncan with a better back-9 score.

The Div-2 winner was Bruce Chandler with his 45 points. Luckily he was at the end of the field as he scorched round the course which would have made it hard for any following players. Runner-up was Jarrod Hall (Trundle) with 40 points.

The ball sweep went to 34 points on count back, so please check in the Pro Shop. The NTP’s went to: 9th – Rob Webb; 18th – Kim Herbert. The 3rd hole Super Pin went to John Betland.

The field for the Sunday Stableford Med-ley comp winner was Louise French with 41 points, ahead of runner-up Niel Duncan with 38 points, on count back from Jake Shaw.

The ball sweep went to 36 points on count back, with the NTP’s going to – 9th: Peter Nixon, 18th: Andrew Dukes.

The Golf NSW 2-Person Ambrose Medley to have been played on Saturday 28 August will be rescheduled to later in the year. Instead an Individual Stableford will be played.