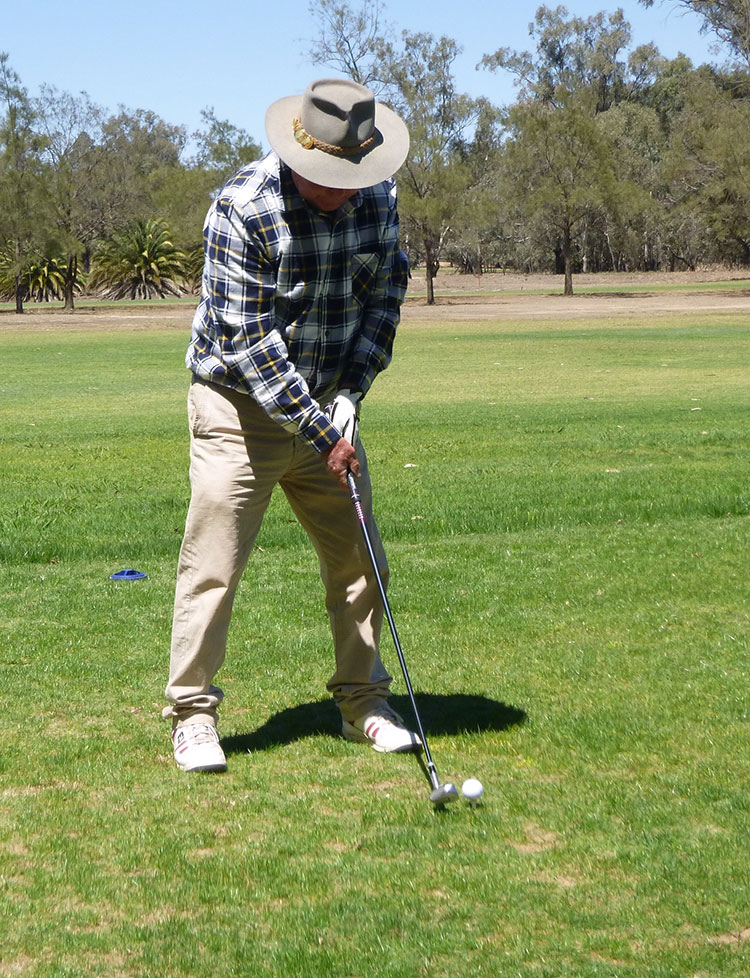 Bruce Squires concentrates on his tee shot during the Club Champs.

The final two rounds of the Forbes Golf Championships were played over the weekend. Some exceptional scores resulted in surprise winners in some grades. Shane Sallaway scored a 68 Scratch on Saturday to lead the A-grade into the final round, while Kim Herbert and Ken Sander- son both had handy leaders in their grades. The C-grade was wide open with six possible winners.

Following some excellent play, the overall results are:

There were daily competitions played on both days. Saturday saw the Division 1 go to Shane Sallaway with his outstanding 66 nett. Runner-up was Steve Betland (70 nett). In Division 2, Don Ridley finished with 70 nett, ahead of runner-up Richard Smith with 71. The ball sweep went to 74 nett. The NTP’s went to: 9th – S Betland; 18th – E Gaffney.

This Sunday, there is a Charity Golf Day organised by Forbes Rotary. This is open to Club and social players, with play being in a 3-person Ambrose. The fee is $35, which includes a BBQ lunch. Contact the Pro Shop to put your name down.