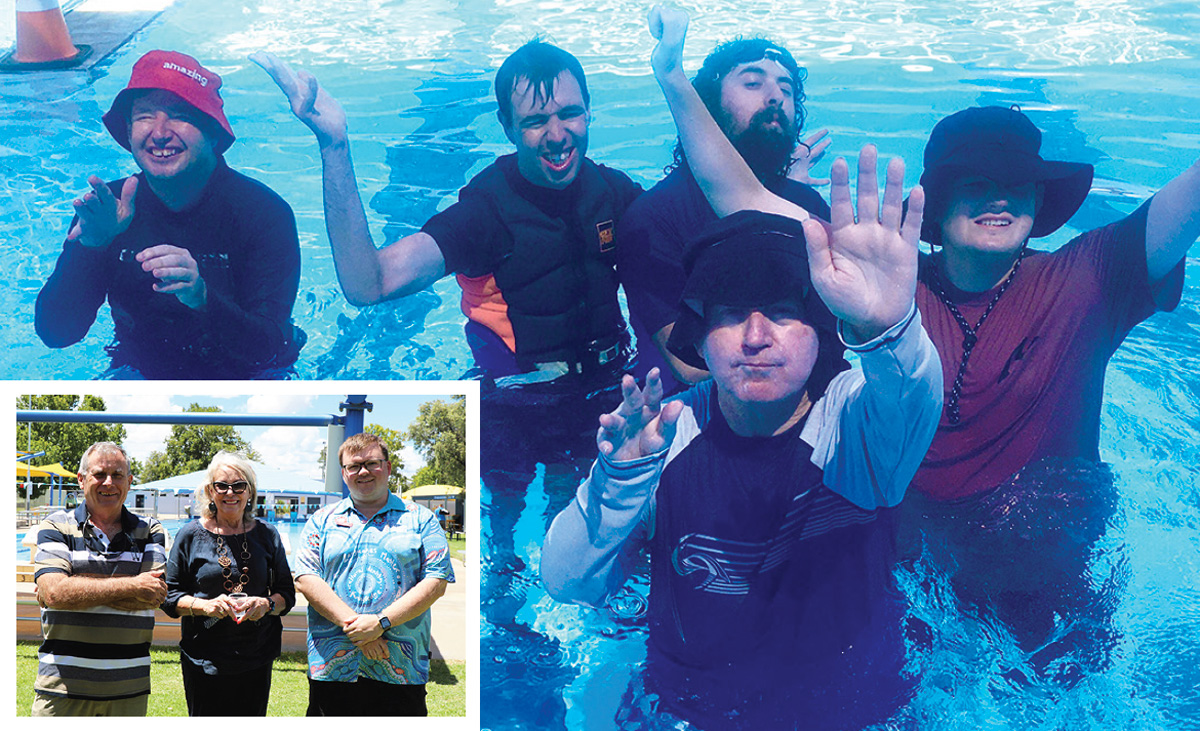 Normally held on December 3 each year, the popular and important International Day of People with Disability Pool Party (IDPwD) celebration was held at Forbes Olympic Pool on Monday February 7th. The COVID pandemic had scuppered any chance of an event late last year meaning that for the second year in a row the special day was held in February.

Participants from a number of NDIS providers from around the region attended the popular Forbes Shire Council sponsored event with free entry to the pool, a BBQ lunch, games, music, workshops and a chance to catch up and socialise for many who haven’t been able to connect in-person for nearly two years.

The day also consisted of info for carers and families from a raft of providers.

“It has been great seeing everyone again,”

“I have always liked this day – we all have fun,” he said.

Mayor Phyllis Miller OAM was also on hand to present certificates to participants after the popular sing and dance workshop. Mayor Miller acknowledged the important contributions of people with disabilities in the Forbes community.

IDPwD (December 3) is a United Nations sanctioned day that is celebrated internationally. It aims to increase public awareness, understanding and acceptance of people with disabilities and celebrate their achievements and contributions.

The Australian Government has been supporting IDPwD since 1996 and provides funds to promote and raise awareness of the day around Australia.