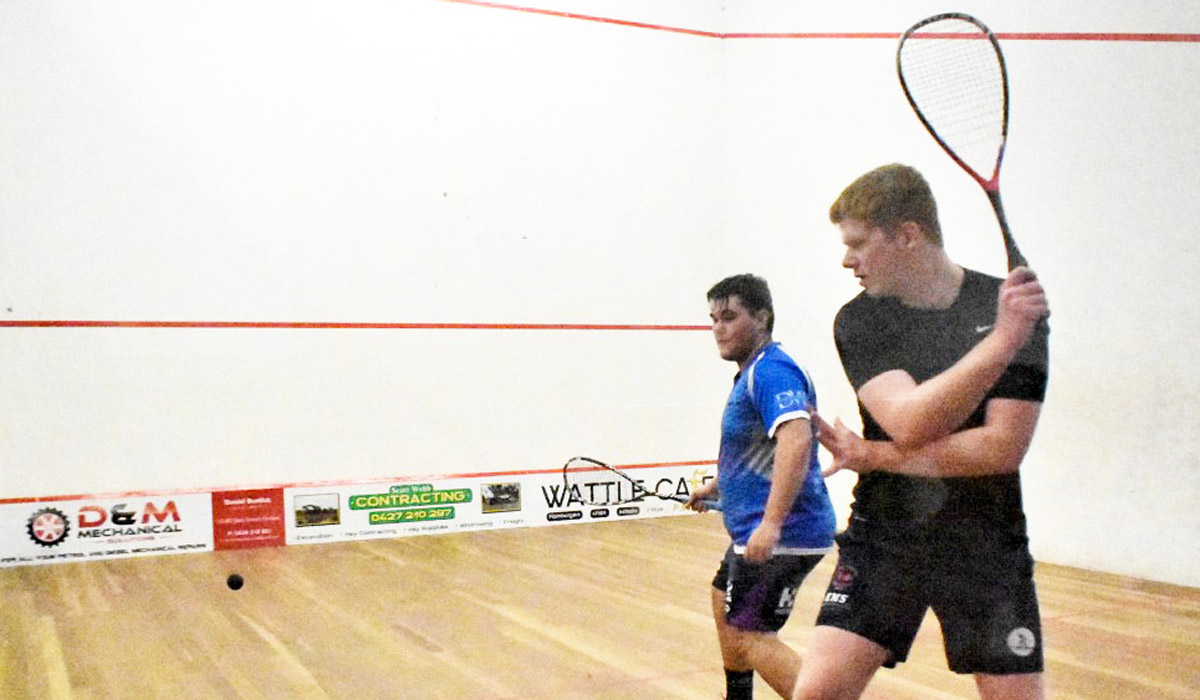 SQUASH ACTION… Pat Cormie takes the shot with Cameron Toole looking on during a match played at the Dave Fuller Memorial Intertown event held in Forbes and Parkes last weekend attracting 180 players from all over the state.

It was the second year in a row the Dave Fuller Memorial Intertown event was held in Forbes and Parkes largely due to the efforts of organisers Jay Kross and Darryn Piper.

A total of 40 teams from 15 NSW clubs competed in grades from A to D, women’s, men’s and juniors. A total of 184 matches were played on Saturday alone making for a full program of highly entertaining squash action at both the Forbes and Parkes centres.

Considering the less than ideal travelling conditions, organisers were stoked with the roll up and enthusiasm displayed by the competitors. Squash is usually a sport not overly affected by inclement weather so all events were well organised and ran smoothly. Visitors were well pleased with the venues, accommodation and all local facilities.

Talented local players like Darryn Piper, Jay and Henry Kross, Bec Connell and the Webb Brothers Mark and Scott kept the home crowd cheering. Great work by Graham Coombs at Forbes with the score sheets, squash shop and more. It was greatly appreciated by all.

The event was held in honour of the late Dave Fuller from Bathurst who ran the event successfully for close to 40 years.