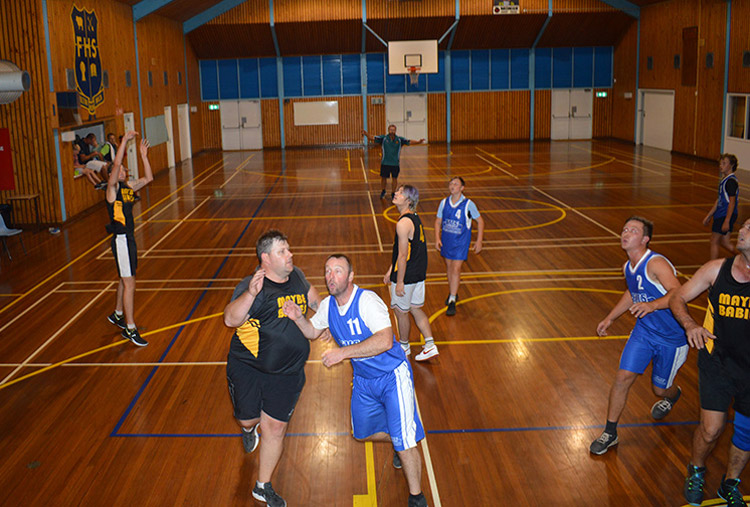 JOSTLING FOR POSITIONS: Like the players from Maybe Babies and KMS, teams are battling for semi final spots with four teams vying for three spots.

The latest round of Forbes Basketball Association Men’s Competition means that after ten rounds, Flint Tropics remain undefeated with an imposing 10-0 record – three wins clear of defending champions Misfits after their 38-31 victory last week in a potential grand final preview.

In the battle for third and fourth leading into the semi finals, Cespitorians held on 37-33 over Zinger Blockers in a dour affair where neither team could get away. The win was vital for Cespitorians, who remain the real dark horse for the title and who now sit at 6-4 only one win behind Misfits but more importantly, two wins clear of Zinger Blockers (4-6) and three clear of KMS (3-7) who are battling for fourth. KMS won 49-32 over the much improved Maybe Babies.

With the semi finals in sight, the ladder is starting to take shape and the real question everyone is asking is – can anyone stop Flint Tropics and steal their thunder? Will 2021 be the year they breakthrough? Watch this space…